Japan and Korea have shared a common cultural tradition of broadly defined Confucianism, which in general is quite different from the Western tradition. Their modern fate diverged after the East came into contact with the West around the middle of the 19th century and throughout the 20th century. Both countries followed different paths for modernization, national buildings and industrialization that also produced different results. However, in the last few decades, the paths of these countries begin to converge again.

To a foreigner, the languages of the two Eastern countries sound completely similar. But is there really anything in common between them? 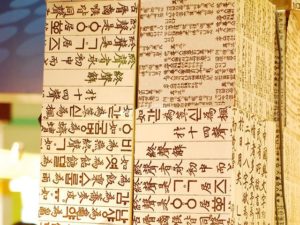 Let us start with the fact that both are based on Chinese. Historically, both Korean and Japanese were written solely with Chinese characters, with the writing experiencing a gradual mutation through centuries into their modern forms. “Hangul” is the name of the Korean alphabet. It was created in the 15th century by King Sejong the Great. Before then, Koreans used the Chinese alphabet and characters (called Hanja). This was difficult for commoners to master, and thus, Hangul was created for the purpose of literacy.

Another interesting similarity is the multiple homophones the natives of those languages use. If you thought that English has a lot of homophones (words that mean different things but are pronounced the same), try studying Japanese! All eight characters below are pronounced “shin”, but they mean totally different things: God, to advance, to believe, new, true, stretch, heart, and parent, from left to right.

You may also like:  The similarities of interpreter and translator

On a cultural level, both languages have somewhat similar elaborate, multilevel systems of honorifics. They are cited as the two most elaborate honorific systems, perhaps unrivaled by any other languages. Formality, politeness, and status are a big deal. Special nouns and verb endings are used to show respect to the person you’re talking to. This is also one of the reasons that international businesses need skilled Korean and Japanese translators – nuances are very important in these languages.

Check out how translation of Asian languages is differentCheck It Out

The Japanese people are known for their manners and etiquettes. They are so polite that it reflects in their language as well. It is necessary to use honorifics when speakers don’t have the same status & position. Factors that determine different positions include age, job title, experience, and others. It has been argued that certain honorific words may share a common origin.

To properly demonstrate your respect you`ll need to do a lot of bowing in both countries. In Korea, as well as in Japan, when you meet someone new, you bow to them. The older the person is (the higher their social standing) the greater the angle of the bow. For example, you would probably give a deep bow when you’re meeting your boss for the first time but would give a medium bow when you’re meeting a similar aged coworker.

Lifestyle in both countries

Other cultural similarities that bring Japanese and Koreans closer are their lifestyles. For example, since the competition to get into top schools is very intense, students in Korea and Japan typically have longer school hours than American schools and put less emphasis on sports. Most students wear uniforms as the concept of face, or how other people view you, is critical in both cultures. Anything you do can negatively affect your image and bring shame to your family. People in both countries are becoming more and more reluctant to marry and have children. Korea and Japan are not cheap places to live, especially in the big cities. Competition for jobs is higher than ever due to a surplus of educated people.

You may also like:  The Colors of Hmong - a centuries-old language

So, looking at all of the mentioned examples, it doesn’t seem surprising any longer that Koreans and Japanese have no difficulty in communicating with each other. Although the older generations still hold grudges against each other based on historical events, young people enjoy getting to know the opposite culture and form strong relationships. The two countries are major security and economic partners and pose great demand on the translation market.

Desi Tzoneva
Est. reading time: 4 min 50 sec
We use cookies on our website to give you the most relevant experience by remembering your preferences and repeat visits. By clicking “Accept”, you consent to the use of ALL the cookies.
Privacy PolicyCookie settingsACCEPT
Manage consent