In this blog, we’re often writing about cultural differences and peculiarities – habits some cultures have adopted that some of us cannot even imagine. Today we are going to go over why Indians are not using the word “no” and how to read between the lines to understand if they want to back off. No, this is not going to be the plot of the famous comedy “Yes Man”, but a real personality trait Indians adopt since childhood.

India – a country of politeness

A lot of newcomers’ first impression when they arrive in India is how unnaturally kind everybody is. There are a lot of reasons behind this, but one of the main factors that make the people of India so careful and polite is their poor infrastructure. This results in people constantly needing to ask each other for help. In such cases, refusing or saying “no” directly in India’s culture seems very cruel and rude.
Another reason behind this is that from a very young age, Indians are taught how they should live in harmony with themselves and the world around them. Not refusing anything seems like the natural flow of harmony.

The people of India are also very conscious of their environment. They take into account all the setbacks that might occur when deciding if they could carry out a task. Receiving a bland and unsure answer about whether an Indian will do something for you shouldn’t be considered rude. That means they have in mind different circumstances that might appear in their way. They still wouldn’t straightly say it, however.

You may also like:  Quality Definition: Key ingredient for a good partnership

How to read between the lines: forms of refusal in the culture of India

Direct refusals, such as saying the word “no”, might be interpreted as rude and harsh. In the mindset of an Indian, refusal often leads to disagreements or disputes, which are usually avoid. That explains when an Indian doesn’t plan on doing something, it is much likely for them to say something like “I’ll try”.

“I’ll do my best” is another phrase that you might hear in India. As opposed to what westerners understand upon hearing the phrase, in India, it actually means that it is most probably not going to happen.

“It might be possible later” – in the Indian culture means that the person is just buying time for both of you before you actually see that the thing in question is not going to come about.

“I understand”. This doesn’t mean anything else but that the listener understands. It is neither refusal nor an agreement. So don’t get your hopes up.

If the person you’re speaking to gets silent and doesn’t give you an answer, then you should be sure that the thing you’re talking about is not happening. Postponing a conversation under whatever pretext means the same thing.

Indian body language and how to understand them 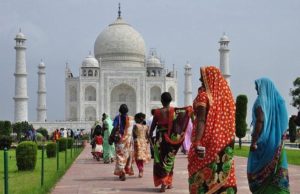 People often say that Indians are not so straightforward. It is true to an extent but this is the mask they wear in front of strangers only. The level of honesty and straightforwardness in communication depends on the level of closeness between people. In such cases, with people they know very well, Indians often get into disputes (except with the elderly, as they are highly respected).

You may also like:  Localizing your slogan - is it the way to global success?

An interesting gesture you might notice is the way Indians tilt their head to the side or shake it to both sides to indicate agreement and understanding. This movement is similar to how westerners show that they don’t know something but in India, it equals a compassionate nod.

Indians do the nodding as well – in this way they show that they’re following the discussion. This does not, however, mean that they have understood or agreed with you.
A bit of fellow advice, when in India is to never point at something with your index finger as it is considered rude. Instead, point at the desired direction with your palm facing down.

Another thing to avoid doing is showing the soles of your feet. They are considered the dirtiest part of a human’s body, thus they should not be shown.

How this can help your business?

Or in other words, why are we explaining this to you? Knowledge about the cultural differences of a certain country, especially when it is a very different one from what we are used to, can help you with your clients. If your clients need translation into the Hindi language, that might be for a few reasons including a trip there or a business development plan. Showing knowledge on the country for which they need translations will also build you as a credible and very trusted advisor for them.
We have always aimed to share our knowledge with our partners. This is the reason we take the time to carefully explain the useful and beneficial information that you can actually use to communicate with your clients.

You may also like:  Asia shows how different the beginning of the New Year can be!