The interactive entertainment software industry, popularly known as the video game industry is reaching overwhelming numbers in net worth and profit from sales. Japan has the third-largest gaming market globally ($19,2 billion revenue), with the USA and China taking the first and second places, respectively.

The Japanese have always enjoyed video gaming and that is proven by the large sums of money they spend for in-game purchases. The reasons why Japanese people spend so much time gaming are various. Whether they use the long hours commuting to enjoy their favorite game or “meet up” with their friends in multiplayer games, one thing is constant – the regular Japanese believes that spending money on something they enjoy is only natural. So what does a game developer have to do if they want to grab the attention of the Japanese user? A simple game translation is definitely not enough for the overall experience of the Japanese game player.

Mind the tone and writing style

An important part of the process of game translation is preserving the tone intended in the source language. That is when gaming localization plays its role. As we know, Japan has different levels of politeness – how characters speak strongly varies depending on their age, gender, social status, etc. To avoid situations such as moms speaking like bandits or masculine heroes mumbling like schoolgirls, specific speech patterns should be used.

Having this in mind, you can really help your translator (and yourself) by providing a lot of additional information such as screenshots, videos, and extra notes. Good communication with your translator is vital to ensure a high-quality gaming localization, so be prepared to frequently answer a lot of questions.

You may also like:  What is a Translation Mishap?

Don’t try to translate everything 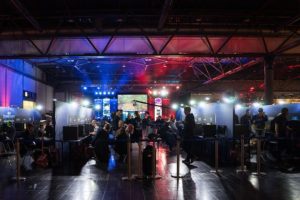 A common mistake made in Japanese game translation is trying to translate everything to the target language. Whatever the reasons behind such a decision, thorough market research will show that gamers in Japan actually prefer for the game interface to be in English.

A reason for that is something as simple as gamers thinking it is cool when electronic games use English. Since gaming had become a thing in Japan, players have become used to the English interface and commands. Although the level of English proficiency in Japan is very low, you might actually ruin the overall gaming experience if you go with the decision of translating everything. Some say such games make them feel like the game is made for kids, making the game look awkward and wonky.

When hiring a translating team, make sure they are aware of the taboo topics of the country you want to sell in. If you are adapting a game for the Japanese gaming market you should have a couple of simple rules in mind.

Avoid promoting any religion, tobacco or drugs – this is taken as highly unpleasant in Japanese society. Whatever the storyline of your game might be, try not to kill off innocent civilians or children and more importantly – avoid turning the player’s character into the “bad guy”. Game localization is what will prevent such unpleasant occurrences and will save your game from certain failure.

This might sound quite logical but make sure to proofread. Creating the ideal product for the Japanese audience will require going through it again and again. It is always better to have the opinion of more people than blindly trusting a single professional. When hiring proofreaders, make sure they are people with in-depth knowledge both in the gaming culture and the target language.

You may also like:  The Future of Translation and Artificial Intelligence

How can we help?

This article is aimed at people who want to find their place in the Japanese market particularly in gaming localization. To do so, however, you will need experts that will polish your product and make it a hit. The translation and localization teams in 1-StopAsia will help you present the essence of your product to the demanding Japanese market. Check out our translation services or contact us!

Robin Sung
Est. reading time: 4 min 10 sec
We use cookies to ensure that we give you the best experience on our website. If you continue to use this site we will assume that you are happy with it.OkPrivacy policy