What’s the difference between Transcreation and Translation? Are they pretty much the same? I’ll tell you!

Transcreation (literal break down of the word) = Translation and Recreation

This article will break down the differences between Translation and Transcreation in a quick and simple way that anyone could understand. And by the end of this article, you will have a basic understanding of what Transcreation is.

The Difference Between Translation and Transcreation

Translation is taking a text and translating it into the desired language.

Transcreation is different. It’s when you take a text and refashion it in a creative way in which it says the same thing as the original text but in a way that the target audience could grasp the same message. 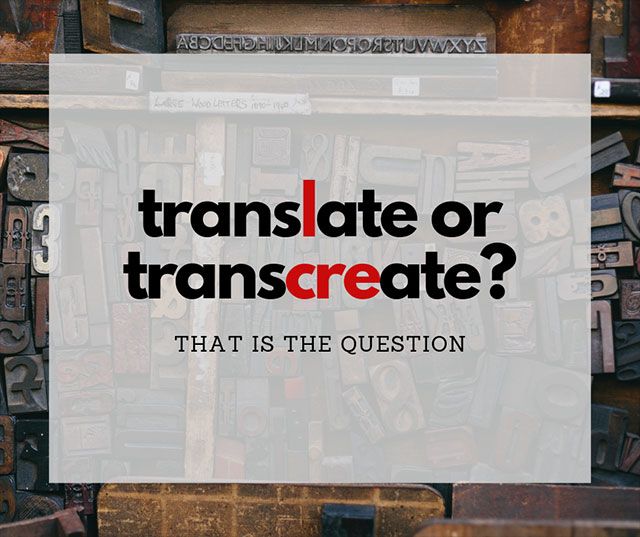 What Does a Transcreator Do?

A Transcreator takes the content and dresses it up for the target audience or market. Another way of putting it is, they take the content and adapt it so that it has a strong impact and relates to who it’s being serviced for, while still maintaining the same spirit of the original content. They deliver the same message but in a different package that the receiver would accept and comprehend.

An example of good & bad Transcreation in the form of a scenario would be:

A company wants to expand internationally. So they take their slogan which is in their language, and instead of having it translated word for word, they would instead take the slogan and have it expressed or “transcreated” in a way that the locals of the country it’s being serviced for would relate to, while at the same time keeping the same cadence and motive of the original slogan.

You may also like:  A translator's nightmare: handling swear words

An example of bad transcreation is when a company takes their slogan and has it translated word for word into the language of the target audience. The reality is, it’s bound to mean something entirely different in a majority of the 50 or so countries the company is using the slogan in. And this could end up being something really bad, depending on the language.

That’s it! You now have a basic concept and understanding of what Transcreation is and how it differs from Translation.