As we know, being “good in maths” is something of a talent some people possess. For some, mathematics is easy to understand and for others, it is a real nightmare!
Some scientists believe that our brain is not created for the purpose of doing mathematics and this is one of the main reasons why many children face difficulties when handling mathematics. It is believed that our brain is not made to work as a computer – the world around us is not based on numbers. Instead – numbers have been invented to explain our physical surroundings.

The different ways we perceive mathematics

As with colors, people perceive and imagine numbers differently. Some find it easy to adopt the numerical way we denote quantities. They work with numbers in their head and have no problems solving mathematical problems. Others see quantities in volumes – for example, when you speak to them about the 3 bottles of milk you bought yesterday, they will not imagine the number 3, but the bottles of milk one next to another.
Because of this different perception, a lot of maths teachers try different methods of illustrating mathematical operations. One of the most peculiar methods turns out to be the Chinese method of multiplication called Sticks and Squirrels.

You may also like:  How to Build Stronger Relationships and Grow as a Company: Part 1 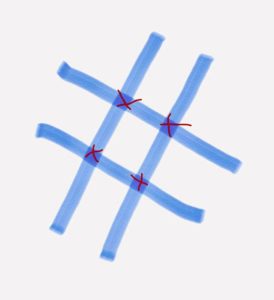 The Chinese method suggests we use lines or as children call them “sticks” to illustrate how the numbers interact. Every number has its lines on its own plane:
What we do here is count how many times the lines intersect. In this case – it is four.
So let us try something more difficult:
22×22= ? 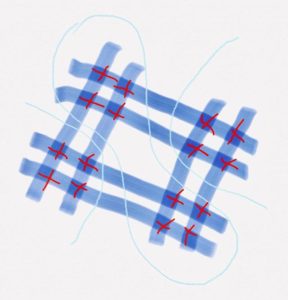 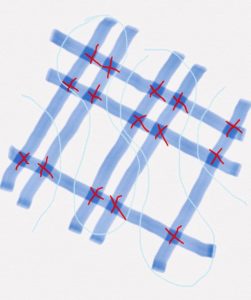 There’s quite a lot of people who refer to the Sticks and Squirrels as the “Chinese multiplication trick”, but as you can see – this is no trick at all! Building a deep, conceptual understanding of such techniques helps kids view mathematics differently. It shows them that maths is not only efficient but fun as well!

You may also like:  A mouse, a spaceship and the English to Korean translation

Lost in translation in the Tokyo 2020 Olympic Games

Our heroes of the month are our colleagues and all the translators in China!

Does an ear for music help for language learning?

Sam Hardy
Est. reading time: 5 mins
We use cookies to ensure that we give you the best experience on our website. If you continue to use this site we will assume that you are happy with it.OkPrivacy policy