“On a dark stormy night, the rain was beating down heavy and thunder was rumbling through the sky.”

David was working late (which is usual for project managers actually). Just before he was about to turn his computer off and make the long drive home. “Beep” a sharp noise cut through the silence of the empty office. It startled him, and he stubbed his toe.

“Shhiiiiiiiiitake mushrooms” David purposely made an effort not to swear, as he noticed the mouse that lives in the office was looking at him from the corner and he did not want to offend it.

He quickly realized that the noise was an email notification.

He let out a long sigh, then reluctantly clicked on the popup. It was an email from one of his freelancers, informing him that the English to Korean project will not be ready and he needs a two-day extension. David was really tired now, he checked his calendar for when the deadline is due.

David, now wide awake as if he had drunk 9 shots of espresso, instantly remembered that his client specifically told him that it was very important for the project to be completed on time. David scrambled through his thoughts until he remembered that he got a call from a friendly lady at 1-StopAsia a few days ago. She mentioned that they offer 24 hours’ service (among the many other “brilliant” reasons to work with them). David quickly got in touch with 1-StopAsia and explained his situation, to his surprise they confirmed they could complete the project within the deadline. David, feeling so relieved sent the project straight over.

You may also like:  Lost in translation in the Tokyo 2020 Olympic Games

David stood up and feeling very proud of himself made his way to his car. On the way, he bent down to stroke the mouse but it bit him (don’t stroke random mice). Great, he thought, this night could not get any worse. Or could it?… 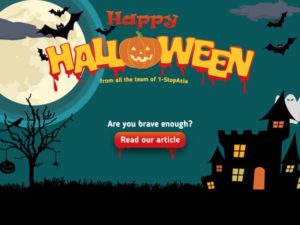 He turned on the engine and started to make his way home, he played a song on his radio “Englishman in New York” (an absolute classic!). The rain was coming down even harder now making it near impossible to see. Being late and in a rush to get home David was driving quite fast. He approached a corner. A flash of lightning burst out of the sky and hit a tree, just a few meters from the car. David got such a fright that he lost control of the car and it started to spin uncontrollably.

As he was spinning round in circles, he saw a huge tree trunk in the distance, that got closer and closer with every spin.

In those few seconds, David saw his life coming to an end. However, a beam of light shot out of a spaceship that was coincidentally flying overhead at that precise moment. It stopped the car spinning and saved David’s life. His car stopped around 30 inches from the tree. David just sat there frozen. All he could think of was the trouble that project started and how, if he left the office a few minutes earlier, none of this would have happened (he also thought about the spaceship, but he mainly focused on the project).

You may also like:  Valentine’s Day and the Importance of Telling the Story of our Culture

That day was a changing point in David’s life for three reasons: the first is that he called an exterminator for the mouse; secondly, he always drove extra careful when it was raining and finally, from then on, he always chose 1-StopAsia for all of his Asian language translations.

We, at 1-StopAsia, are unable to control the weather, but we do control time and space which helps us to meet your deadlines (And we write really good stories).

Sticks and Squirrels: the Chinese method of multiplication

Lost in translation in the Tokyo 2020 Olympic Games

Our heroes of the month are our colleagues and all the translators in China!

Does an ear for music help for language learning?

Gergana Toleva
Est. reading time: 2 mins 35 sec
We use cookies to ensure that we give you the best experience on our website. If you continue to use this site we will assume that you are happy with it.OkPrivacy policy