You’ve heard of a species hybrid, but what about a hybrid created by an Asian language mixed with English?

Are you aware that there are Asian languages mixed with English to form another language? And they’re not just a pidgin or creole language, but rather an even mixture of their native tongue with English to create an alternative primary means of communication. For instance, in China, you have what locals call Chinglish, in the Philippines you have Taglish, and in India, there’s Hinglish – to name a few. This is just a small example, but there are many languages that integrate English into their own to make somewhat of a hybrid.

Why Fuse Them Together?

Well, the most rational answer to that question undoubtedly has a lot to do with the widespread use of English throughout the world. Another reason worth to mention is that it is still one of the global International Languages. As the localization of a language in products and services, this is an example of how English has been somewhat localized into other languages.

The main reason why even Asian languages mix with English is because of its convenience and ease of use for the locals. To give an example, in countries like India, there are 22 major languages with a total of 720 dialects. That’s a lot, to say the least. And as you can probably guess, not everyone can speak each other’s dialect. Well, seeing how English is popular all over India and is part of their official languages list, it would be more convenient to just combine English with Hindi to create an easier method of communication. So instead of a person having to learn someone else’s dialect or master English entirely, alternatively they can just speak a  blend of both, Hinglish, and converse just fine.

You may also like:  Two major facts about Vietnamese Language

Other Languages mixed with English & Examples 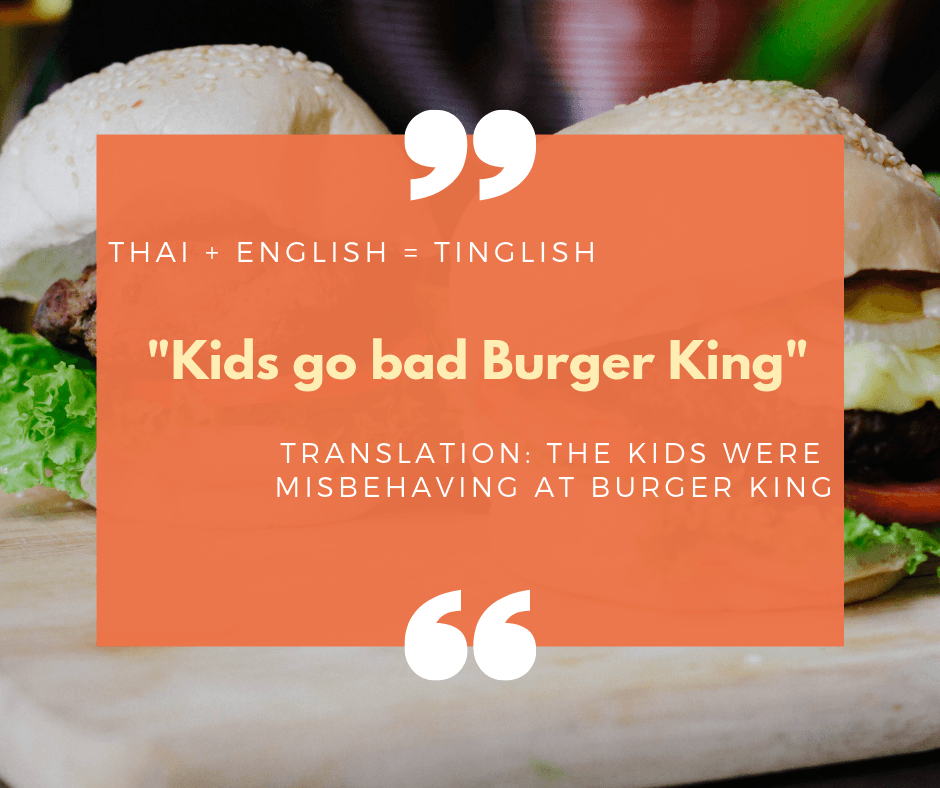 Paiseh: ‘Shy or Embarrassed’
“I’m paiseh to ask Adam Sandler for a selfie.”

“I wish to fall in happy drops on your head”. Words to the karaoke version of “Raindrops Keep Fallin’ on my Head.”

Fun Fact: Hinglish is India’s business language of choice and is the fastest growing language in India. And not only that, but it’s also in the languages list in school in the United Kingdom since early 2018.

Burmese script and punctuation – everything you need to know

Desi Tzoneva
Est. reading time: 4 min 30 sec
We use cookies on our website to give you the most relevant experience by remembering your preferences and repeat visits. By clicking “Accept”, you consent to the use of ALL the cookies.
Privacy PolicyCookie settingsACCEPT
Manage consent