The late part of the previous century marks the birth and growth of hybrid languages, more often than not mixing a country’s native language with a variety of English. This is mainly due to countries’ borders opening for trade, which results in expanding the exchange of goods as well as cultural exchange.

According to John Talbot Platt, Konglish is just another example of the “New Englishes” – a language style, developed with the help of the education system in a region where English is not the native language, used for a range of functions among the speakers. Other examples of such languages are Singlish, Hinglish, Japlish, Chinglish, and many more.

Lexically speaking, Konglish is a portmanteau of the words “Korean” and “English”, and this is exactly what it means! Konglish is a style of English that has been localized by Korean society by altering its patterns, expressions, and pronunciation. The first use of the term has been recorded in 1975 and since then there have been a couple of other variations of it, defining the same occurrence. Nowadays it is mainly used by the younger generations, representing modernity and youth, and although it is often frowned upon by the elderly, it has proven to be a very efficient and timesaving means of communication. 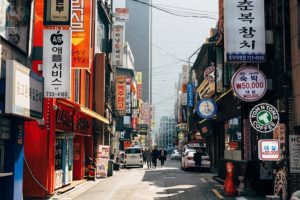 With globalization spreading and advancing internationally, many native languages seem incapable of providing vocabulary that would adequately describe the new phenomena of our rapidly changing world. Naturally, people come to adopt the original term for such occurrences as it proves to be easier and more accurate.

You may also like:  How to win Filipino clients

Koreans use a large amount of borrowed words (or loanwords), due to their growing needs as a society to stay in touch with all the global trends and changes. However, the words and terms Koreans borrow are being implemented in their daily lives in different ways. Inevitably, we reach the question if there is, in fact, any difference between loanwords and Konglish vocabulary.

The answer is yes – you can easily tell one from the other by checking if the meaning of the original term has gone through any modifications. Regular loanwords keep their originally assigned meaning and their pronunciation tends to sound quite like the original, too. Konglish words, on the other hand, are often shortened and altered to fit the needs of the speaker.

As it has been stated above, Konglish is a simple and effective style of communication. To truly understand what that means, let us present you with some typical examples of the Konglish vocabulary:

The need for good local translators

With the rapid pace languages change these days, the demand for experienced local translators grows respectively. There is a great number of companies that make their products and services more attractive by using this style of communication to promote it, and the figures are growing. This leads to the logical conclusion that the planning of doing business in Korea should surely include the hiring of a professional local translator. 1-StopAsia provides the services of thousands of experienced translators all over the world.

You may also like:  Taglish - the mastery of code-switching