For centuries communication between people was the main instrument for passing knowledge and solving problems. The way people interact has never been rigid or static – the means of communication have continuously been changing and passing through different stages. However, some researchers believe those stages might have actually come to closing a cycle in the hunt for the efficacy of interaction.

The evolution of communication

At the very beginning of human interaction, the first means of communication was, of course, the human voice. Marshall McLuhan and his colleagues from the Toronto School of Communication use Plato’s philosophy of the importance of the written word to draw a line between the “acoustic” and “written age”. This movement towards the written word was strongly connected to the goal of preserving more information and making it available for the generations to come.

However, during the last few decades, humanity has very successfully incorporated various instruments of interaction that are aimed at translating information in a quicker and simpler way. Nowadays texting or googling things is considered a much more effective way to become informed than simply reading a book. So, has the cycle been closed or is humanity taking on a different and unknown path?

Twitter has become one of the most engaging social media in recent days. The features of the platform are implied in the name itself. Jack Dorsey, Twitter’s CEO defines the name as “a short inconsequential burst of information, chirps from birds.” 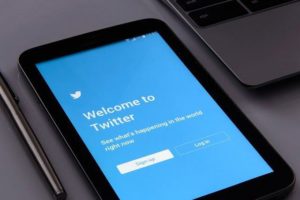 With the restriction of 280 characters per post, Twitter users are learning how to express big ideas in small messages. Hashtags are a perfect example of how important, complex issues can be expressed with a single “catchphrase”. The more a hashtag is used, the wider the volume of information it contains.

You may also like:  Top 5 tips for Fintech Translations for Asian countries

As any other industry, the translation industry employs Social media as a means to communicate with potential customers. The same goes for Twitter, which is used widely by companies and especially those who target the USA translation market.

And here comes the dilemma of it: an industry ruled by ‘words” and dealing with languages, has to catch up with a 280 characters post. How about that?

If you ask any marketer about brand development, and which is the difficult part of it, you might get an answer that probably the most time was spent on those 3 or 4 simple words that you read as a company motto, slogan or tagline. While they seem easy and obvious for the regular user, out of experience, we would say that saying it all in one single sentence is probably the most difficult part of any brand development plan.

How does the translation industry work with it?

The growth and development of the translation industry have always been firmly connected to technological advancement. Nowadays, translators do not simply need to be accurate, they need to be efficient, too. That is why the market is full of translation software that ceaselessly gets improved.

Now let’s get to the question how the translation industry uses Twitter and does it really get as easy as it sounds?… Just go out there and “tweet” and it will work out.
In truth is it not easy at all! Finding the proper balance between useful information and sharing more in a few words. But the industry has found its way in that direction.
Twitter is especially good when used for conferencing – announcements, event organization, sharing impressions from an event or event just adding yourself as present to an event. It has never been easier to get in touch or share an insight on these before. And if we have to make it more precise, if your company is going to an event in the US organized by ALC or ATA, you shouldn’t miss digging into Twitter for that purpose.

You may also like:  Neural Machine Translation - the newest technology explained

As for the different strategies like sharing blog-posts or any company announcements on Twitter, for us it is worth the effort. Which doesn’t mean it is easy – a separate strategy different from other Social media platforms is needed. Hashtags, short sentences, the right content and linking to websites are all obligatory to consider.
Now to make it a bit more complicated, a company like ours, which is exclusively working with other translation companies, faces even bigger challenges as oftentimes we’ like to share stuff that needs a lot of explanation.

For example if you want to explain the concept behind “kintsugi” (the art to repair with gold) in a single sentence – that is simply not possible. Instead, one should think of a strategy to get the attention of the reader, so they can actually click on the very link provided. Otherwise, the amount of work you do is not justified.

To tackle the very question – is less, more, when it comes to Twitter? In an industry which is dealing with languages, words and is actually selling “words” in a way, where every sentence is important and brings a different meaning, Twitter is a challenging place to be. On the other hand, it is worth considering it as a way of communication as it is easy, fast, and to the point. If done properly, it is a valuable asset to possess as a company on the road to building your brand and reputation.