As a Chinese language translating company, we are aware of some of the difficulties that arise when you aim to provide your client with a quality translation.

Translating Chinese requires much prior preparation and that’s why it’s important to have a thorough discussion with your client before embarking on it.

In this blog post, we cover five questions that should be asked to your instructing company before processing a translation into Chinese.

These five questions will help you gain your client’s trust, improve the translation quality and ultimately make yours and our job easier.

What are these questions? Keep reading to find out!

Which form of the Chinese language is required?

With a geographical size that’s larger than all of Europe combined and being the country with the world’s largest population of 1.3 billion, it is no surprise that there isn’t one main language that’s spoken throughout China.

It’s true that after 1913, Mandarin is spoken as the official language and is the language that’s taught in schools and used by officials in government, but what about Cantonese, Xiang, Min, Gan, Wu, Kejia or Hakka?

Furthermore, after the government’s project of simplifying the more complex form of writing Chinese characters after the 1950s, it’s also important to determine whether the company instructing you on behalf of their client would like you to translate their documents into Simplified or Traditional Chinese.

Therefore, there’s a great deal of complexity in a language that has over 200 dialects.

That’s why your first question to your client will be to determine which form or dialect of the Chinese language they will require the document to be translated into.

This question will lay the foundation for your translation.

What tone of voice should be used?

China’s 4000 year old history has been marked by some ethical movements which still hold sway in the country to this day.

Confucianism and Taoism are some of the more prevalent ethical and according to some sources, religious movements.

Ultimately, they have shaped not only how individuals should conduct themselves in public life, but within the private family sphere as well.

Elders in China are shown respect and there are certain duties and responsibilities of the younger generation towards them.

In addition, in a business setting, being polite can help make or break a business deal.

That’s why the tone of voice used in the Chinese translation should reflect either a formal or a casual tone, depending on the target audience.

What is the target audience? 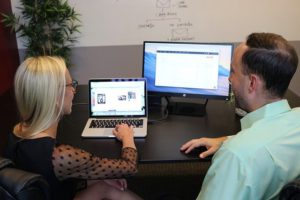 The next question we come to is what or who is the target audience of the intended translation.

For official business, university work or government translation of information and documentation, the translation document’s intended audience will most likely be high level officials, requiring a formal tone of voice.

For simpler, less complex translations, the intended target audience is likely to be part of the younger generation, where strict formality is not always required.

Therefore, the intended target audience will be another critical factor that will need to be considered by you as a translation provider.

You may also like:  K-POP: How a culture gets translated without a translation company?

What should be done with names and addresses?

We now reach the next question of importance in Chinese language translation, which deals with what should be done with names and addresses.

As a Chinese language translating company embarking on a Chinese translation, this information will be crucial to you before you begin the translation.

For example, the importance of writing a person’s last name first as a sign of respect is a part of
Chinese culture that a translation company will not want to ignore.

It’s also important to add a Mr. or Mrs. as the title of the name because this too shows higher levels of respect.

What happens to glossaries or references?

Although often overlooked, glossaries and references are the backbone to any piece of formal writing.

They contain author and source information, and are a typical requirement, especially in the academic field.

Sometimes consisting of pages of information, glossaries and references may appear to be parts of the document that won’t require translation, but this is something you as a translation company will need to check with your client first.

Glossaries, for instance, help guide the reader to the alphabetical order of words and acronyms used in the text.

Meanwhile, references are the sources used in a document to not only avoid and prevent plagiarism, but to also help a reader easily trace the origins of a certain piece of information used in a source.

You may also like:  Using a company style guide to improve translation quality

Although rather technical parts of a document intended for translation, a glossary and a references list may be of crucial importance to the translation project.

This is why it’s critical to determine whether this information should be translated as well.

Although it may seem intuitive and even obvious to ask these five questions of your client before beginning a Chinese language translation, they play an important role in how a translator will structure their translation project and lay the foundations for it.

This is the critical starting point for any translation into Chinese.

By taking cultural factors into account, as well as the geographical differences in the distribution and use of the Chinese language, a translator’s job will be made much easier if they are armed with the right information from the outset.

In this blog post, we hope we’ve given you the right tools to embark on your Chinese translation project in order to help you sell translation in this complex language landscape more effectively!

Yana Dinchiyska
Est. reading time: 2 min 30 sec
We use cookies to ensure that we give you the best experience on our website. If you continue to use this site we will assume that you are happy with it.OkPrivacy policy