In this century, translation has become a popular profession around the world, and one that plays a significant role in communication — which we can also consider to be an art form that showcases the flexibility of human beings. Translation is everywhere, ranging from diplomatic relations to food labels, and without its presence, cultural diversity wouldn’t be as prominent. Translations from Chinese to English are trending, and demand for them is increasing due to the ever-growing global population and the developing cooperation and trade relations between China and other countries with a global presence.

China has become one of the countries with the largest worldwide business presence recently, and this has been especially noticeable since Xi Jinping became its president in 2013. Due to the increased demand for translation services, more and more people have started to study Chinese when it could bring them professional benefits — people as diverse as translators, marketers, teachers, ambassadors and so on. Despite the fact that translation work is usually performed by native speakers, Chinese translation mistakes can definitely occur. Proper localization requires translators who have a masterful grasp of both language and culture but are also capable of using modern translation technology so they can compete on the market. Tools that assist in translation can be both accurate and inaccurate in terms of the information and suggestions they provide, and translators can’t rely on them a hundred percent of the time. This is especially valid when translation being processed involves the mixing of various complicated contexts, which can easily lead to mistakes. The information we’ve gathered below will show you some examples of Chinese translation mistakes, and why it can be such a challenge to avoid them.

You may also like:  How "China-US" conflict affects the L10N industry?

Two types of written Chinese that are not interchangeable

Only a translator who deeply understands the source language and dialect will be able to catch the intended meaning of the source text. Start by establishing whether the source language is Traditional or Simplified Chinese. Traditional Chinese is mainly used in Hong Kong and Taiwan, while Simplified Chinese preferred in Mainland China, Singapore, and Malaysia. These are two different written languages and they’re not interchangeable. So if you hire Taiwanese translators to translate a Shanghai company’s documents, they might experience difficulties. Furthermore, words will be pronounced differently if you are presenting at a conference in Hong Kong or Shanghai, as in the former case you will have to use Cantonese, while in the latter case you’d be better off speaking in Mandarin. 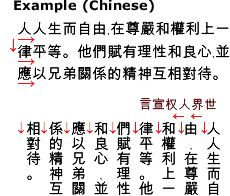 Chinese symbols are used to represent thoughts, which brings us to the fact that they can align in different directions — from left to right, from right to left or from top to bottom. The variety of character alignment options makes translation interesting, especially when one is translating from Mandarin to another language with specific conditions in regards to character placement or alignment. Chinese was traditionally written vertically and read from top to bottom, right to left. In the mainland, they’ve mostly switched to reading horizontally instead, from left to right — but this hasn’t happened in Taiwan, which also means that books printed there usually have their spine on the right.

Sometimes, you will hear Chinese speakers mixing up he and she while speaking English. In Chinese, tā (in speech) can refer to he or she, so the concept of having a different word for each gender is new to them. Although the written form is different depending on the gender — as 他 (male) and 她 (female) — in terms of the spoken language there is no distinction made between the two. The awareness of which option should be used is a skill that translators should have in order to avoid making mistakes when translating speech.

You may also like:  How to overcome the language barrier in international business

In English, the word “big” is usually used for describing the size of a physical object. In Chinese, dà (大) can be used in all sorts of situations, which can be seen in transliterated English sentences like 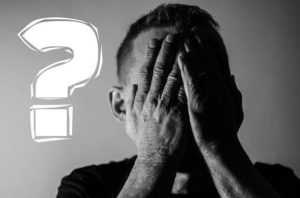 Lìhai (厉害 / 厲害) literally means “terrible”, but is often used in Taiwan to express that someone is incredibly good at something, almost like they’re being unreasonably good. In this context, it can be understood to mean “You’re extremely good.” in English. It’s hard to explain whether this word is to be understood in a positive or negative light, as it mostly depends on the context, for example:

The word for “special” in Chinese, tèbié (特别 / 特別) can also be used to say that something is very good. For example;

Since the meaning can differ a lot in English too, translators should be wary of translating the incorrect meaning, and should the appropriate word when translating into English.

In English, some verbs can be modified with “very” before them, like “very fast”, while others require “very much” to be added at the end. In Chinese, they’re all “very”, so you can end up with phrases like “I very like”. Since “很” is not linking the adjective to the noun in this case, it retains the meaning of “very.” The basic formula for “Very” + Adjective + Noun is: “很” + Adjective + “的” + Noun

Here are some examples that use “很” to mean “very” with adjectives:

In summary, translating from Chinese is a highly complicated process, which demands knowledge of both the source language and the target language, understanding the context of the content that is being translated, and knowing how to integrate previous translation experience in order to guarantee a quality translation. An experienced professional translator understands the significance of cultural differences, audiences’ needs and research gaps regarding what is required to produce a high-quality translation, and that is incredibly important to ensure common Chinese translation mistakes are avoided.