Neural machine translation (NMT) is the height of the talk for a few years. The industry is abuzz with news on it and there is hardly a company that has missed the topic. Alongside that, we see companies that completely switch direction, largely invest in the sphere of NMT and demonstrate excellent return on investment (ROI). It looks tempting but let’s be realistic – not everyone is ready for such a step and it doesn’t necessarily grant longterm success due to the dynamics in the sector.

Why is there such fuss over NMT?

It`s a fact that it saves money and efforts. Basically, it replaces human translators with a nearly human translation quality generated by machines. All that without the need to search for freelancers, deal with people recruitment, emotions management, timetables, and availability issues. But let’s get to the point here, which in our case is: where do we stand with regards to neural machine translation and Asian languages?

Originally NMT was developed for alphabetic languages like German, French, English, and others of the kind. And here lies one of the main factors to be less successful when it is applied to an Asian language. Most of the Asian languages are logographic, which simply said means character-based. If we have to break them down to a simple formula, here is how that will look for both:

These additional steps in the creation of meaningful language, complicate the model that does the actual translation work.
Add to that the factor of the so-called out-of-vocabulary words (OOV) – rare words that are not added in advance in the translation memory – and you will be having quite the difficult task to solve. The accuracy reached is good for casual use and helps to ease communication when one is abroad but if it comes to professional translation, it is not enough.

You may also like:  How to overcome the language barrier in international business

How NMT works for Asian languages 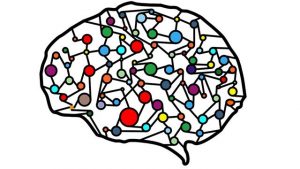 The latest researches are mainly focused on improving the accuracy of NMT for Asian languages. Simply explained what the methods do is to break into smaller parts the components of each language, feed them to a corpus and afterward assess the combinations in order to provide the meaningful words for the final output. We won’t go into details of the whole theoretical part here, we only intended to touch-base, so you know what lies beneath the surface.

New technologies have always been fascinating for us throughout the years. After all thanks to technology we are, where we stand nowadays. We are looking forward to seeing where the neural machine translation will go regarding Asian languages as the results it shows with the rest of them is amazing. However, one thing we love is the human touch and as old-fashioned, as it might seem, currently the this is what adds the shine to a well-done translation in Asian languages.