Loanwords are the words that pass from one language to another. People often refer to this act as “borrowing” although it is not entirely correct to do so. The words that have been “borrowed” are never returned and in some cases maybe it is for the better!
Whatever your mother tongue might be, you will think of examples right away upon being asked to name loanwords that have been taken from English. This, of course, is a common case as English is the most spoken language in the world (after Chinese). The embedding of English in some other languages has gone so far that it gave birth to dialects such as “Japlish” (Japanese and English), “Chinglish” (Chinese and English), “Tinglish” (Thai and English) and many more.

But have you ever thought about the loanwords English has borrowed from other languages? In this article, we will go over some of the Chinese loanwords the British and American have adopted.

When hearing this word, we can’t help but imagine American diners from the past century where you can order a crispy portion of fries and some juicy ketchup sauce to pour over them. This is such a common association just because most of us don’t really know that the word actually originates from the Hokkien Chinese term kê-tsiap. Kê-tsiap was a sauce made from fermented fish. Europeans tried to replicate it but also made it their own by adding tomatoes. You can guess what happens next.

You have probably heard the phrase “working like a coolie”. It is close to the meaning of “working like a slave” and it means putting a lot of effort into a job but not getting the proper remuneration. Some language experts say that this word comes from the Chinese kǔ lì 苦力, which translates as “bitter strength”.

You may also like:  The Dilemma of Indigenous Languages 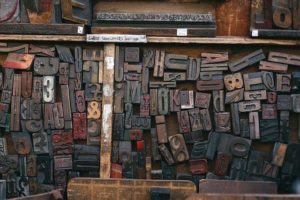 This word’s origin is also Chinese. Gong hé 工合 means “working together” and it was brought to the USA by US Marine Corps Lieutenant Evans Carlson who decided to use it as an unofficial slogan for the Marines after being stationed in the Pacific in World War II. Today, however people had rather twisted the meaning of this term as nowadays it has the meaning of “enthusiastic, especially about taking part in fighting or warfare”.

To lose face means to be humiliated or come to be less highly respected. This comes from the Chinese concept of face (面子 miànzi), where an individual’s social standing and influence is very important for earning respect. It has been used for the first time by the British in the 19th century and is a literal translation of ‘丢 diū (to lose) and 脸 liǎn (face).

As expected, the words from far away countries that come into our daily vocabulary most easily are terms describing food, products, ideologies or teachings from their origin country. Such words are dim sum, ginseng, wok, tofu, lychee, kung fu, tai chi, mahjong, feng shui and many, many more.

In translation, loanwords are an occurrence on a daily basis and a professional translator is well aware of them in both target language and source language. Intercultural exchange influences the evolvement of language and so are modern technologies, trends and viral content. This is much more complicated in today’s world than in the past because the information in different languages is everywhere.

You may also like:  Similarities between Thai and Mandarin