We are once again here to explore some of the translation challenges the industry encounters. Today we are going to go over a very interesting, yet challenging topic – the tackling of swear words translation.

The major problem when coming across swear words or slang is the fact that these are mainly based on local culture and might not always have a proper equivalent in your target language. However difficult the task of interpreting those culturally loaded terms might be, there are some methods and techniques that might help you round off with this translation challenge.

Identify the type of text you`re working with

The first thing you need to do when translating a piece is to correctly assess the tone of the work. Is it formal or informal, is it friendly or stiff, etc. Doing this is very important when working with swear words, slang or idioms, because you need to be aware of the amount of coarse language that is appropriate to include in your work.

The cultural background of the audience you`re translating for is one of the most important details to take into account when handling coarse language.

For example, when translating from Spanish to Japanese, you need to be very careful with interpreting interaction. Spanish people are considered to be very hot-headed and they often swear using blasphemy, lavatorial or sexual references, calling down ancient gods or evil spirits, calling down plagues and disasters on enemies, etc. For the Japanese, however, using such a style of communication is unacceptable. Having this in mind, it will make more sense to omit the swear words in your interpretation and find another way to preserve the impact and purpose of the original text.

You may also like:  IP and The Translation Industry

It works the other way around, too – some translators admit that many times they feel like they need to add some swear words to the text in their target language in order to convey the right emotions. 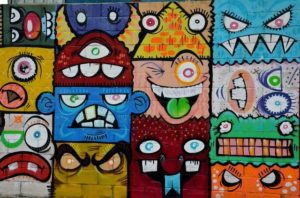 Finding the proper equivalent in a target language might as well be one of the toughest translation challenges there is, but it is also what makes your work unique.

When handling profanities and expletives, the worst thing that you can do is to translate the text word by word. These parts of human communication have occurred for the sole purpose of expressing feelings. As a translator, your task is not to simply communicate the information that words bear but to also convey the feelings and emotion behind them.

Literal translation of swear words would certainly not be faithful to the original text and it will not only misinform the audience, but also end up sounding quite awkward.

When you cannot find a proper substitution or an equivalent of such expressions, you might as well try and rephrase the whole part. As long as the text allows it and it stays true to its original meaning, it might be a good idea to rework the surrounding words in order to avoid the term that stays in your way.

The main translation challenge when working with coarse language lies with the fact that the original text is not meant for or directed to the audience that it is translated for. A translator’s job is to execute this in such a manner that this audience perceives the text without ever finding out about this little detail.

You may also like:  Improving your linguists by giving the right feedback