With globalization growing by the day it has become mandatory to keep a mini-translator in our pockets. Whether that be Google translate or some other translating machine, we have got used to having an answer to our questions at the tips of our fingers. As helpful, however, as such machines can be, are they really able to convey the right emotions and nuances? Today we are looking into this matter on the example of three Asian languages.

Translation is an essential part of the leading discussion between businesses, countries, and people in their daily routines. This is why now, more than ever before, the machine translation’s development sector enjoys large investments.

Machine translators become more and more accurate and the time they need to interpret a text from one language to another has become significantly shorter. The advantage of machines is the big volumes of information they can store and process – some even say that with them lies the future of translation. But is that so?

While machine translators are very good at producing a result in a very short time, their products are often too literal and lack the emotions and nuances of the source. The whole translation industry is built mainly on conveying the emotions and meaning behind the text rather than word to word translation. There are numerous examples of why you should not depend entirely on machines to interpret your texts. And while most of the time the mistakes machines make are brushed off with a laugh, we shouldn’t forget that they are not able to perceive culture and tradition or to replicate style and tone.

You may also like:  Trends and Predictions in Digital Marketing - 2018 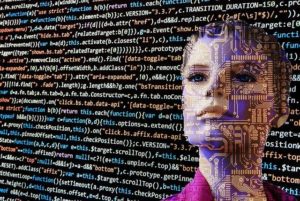 Chinese is widely considered to be one of the hardest languages to translate and learn. The main challenge when interpreting a text from or to Chinese is their writing system. Their symbols illustrate concepts rather than sounds and can be combined in numerous ways with one another. A translation machine wouldn’t experience any difficulty with “memorizing” their countless characters (a whole lifetime is not enough for the regular person to memorize all of the Chinese characters). However, there are many aspects of the Chinese language and manner of speaking that might leave the machine “speechless”.
For example, there are no tenses in Chinese. To imply when an action occurred people usually add more characters to the sentence. This language has no plural forms and genders, and a single character might refer to a dozen different meanings when used in a different context.

While much of the research on machine translation is conducted in English, lately China has also been reported to focus a tremendous amount of effort into this area.

Japanese is another complicated language with a writing system that consists of several thousand characters (kanji). The difficulties that machine translators stand before are related to the different nuances of Japanese culture.

For the Japanese it is very important to show their respect towards hierarchy, thus they use many honorifics and different pronouns for different situations. Machine translators usually have difficulties with detecting and producing texts in a polite manner.

Plural nouns are also hardly distinguishable in Japanese and that is why translators should rely on the context to interpret the information correctly. Japanese has only two tenses and to differentiate between them one should, again, rely on context.
With the Tokyo Olympic games at their door, the Japanese are trying their best to implement machine translation.

You may also like:  Project Management: Do tight deadlines enhance or stifle creativity?

Korean is a relatively new language but it is still quite the struggle for machine translators to interpret. Koreans often use communal pronouns like “we” and “us”, instead of “me” or “I”. This is a part of their culture and to convey the correct meaning, translators should read the context.

Like the Japanese, Koreans pride themselves on their reverence for the elderly, which clearly shows in their language. They use different styles and levels of formality in their communication and this proves to be one of the main setbacks of machine translation.

The future of translation

As you can see, machines might work quickly, but their results are not perfect. Many translators nowadays use automated translations as a base of their work as this method has proven to be more efficient than starting translation from scratch. The secret to a good translation in this case is the correct combination of man and machine called Machine Translation Post-Editing (MTPE). This adds the human touch to a well-prepared base, which in this case is necessary to receive a good-quality end product.