“Language is an important part of people’s everyday lives and relationships- what are the consequences we face by allowing for indigenous languages to disappear and why is it important to preserve them?”

“Every language is a temple, in which the souls of those who speak it is enshrined”, is a quote by Oliver Wendell Holmes which perfectly describes the sacred meaning a language has for its community. Whether spoken by a handful of people in a small village or by millions of people all around the world, a language can unite, create a sense of belonging and give its people a way to connect with each other. Language is the glue that keeps generations connected, so what happens when it is threatened to go extinct? On the International Day of the World’s Indigenous Peoples, we want to pay homage to the indigenous languages and their significance for preserving people’s heritage and identity, in a culturally-homogeneous world.

Language has an important part to play in maintaining peace and facilitating the successful integration of Indigenous people into an urban environment. There are 370 million Indigenous peoples today, representing over 5000 cultures and speaking a majority of the world’s estimated 7000 languages. The Indigenous languages are an invaluable source of cultural knowledge, helping us to embrace diversity and build relationships with distant cultures. However, with many of them starting to disappear, we are facing the possibility of losing touch with ancient cultures and their history. Indigenous people’s languages and ancestry have been under threat of extinction due to various factors, such as migration, economic uncertainty, educational barriers, and cultural assimilation. If a language isn’t passed down from one generation to the next, its days are going to be numbered. In Australia, ever since the European settlement, nearly half of all Indigenous languages have been lost, and this has affected the succeeding generations, many of which have felt out of touch with their cultures and ancestors. “I felt isolated and different because I only had English. I didn’t feel 100 percent Aboriginal – and I didn’t feel I could claim my Aboriginality 100 percent,” says Sharyn Derschow. With her mom being taken away from her family and sent to Mogumber mission in Western Australia, Sharyn has not had the chance to speak her native language and experience her own culture growing up.

You may also like:  Similarities, despite the differences. What connects the East and the West?

Such instances reveal the social and economic implications that can arise from the death of a language – “Without a language, you do not have cultural autonomy, you do not have intellectual sovereignty, you do not have culture, you do not have heritage.”, says professor Ghil’ad Zuckermann during his speech on why Australia should put more effort into preserving its indigenous languages. With researchers warning that over 90% of the 7000 languages we have identified could be lost by the end of the century, we need to ask ourselves what are we willing to sacrifice along with them. By endangering the existence of a language, we become complicit in destroying the connection between a community and its past. Integrating indigenous peoples into a nation-state’s environment does not mean that they have to give up their language and traditions. In fact, denying them the right to speak their mother’s tongue is a direct assault against their human rights and freedom of expression. 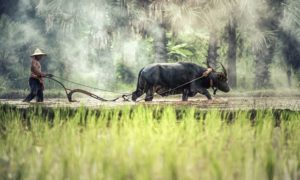 In 2018, modern technology allows us to translate, interpret and communicate in different languages at an ever-increasing speed. That’s why most of us consider as a given the ability for self-expression in our birth language. However, economically-disadvantaged communities, whose cultures are being assimilated and homogenized, face a real threat of seeing their own languages disappear. Having realized the irreversible consequences of a language’s death, the United Nations have dedicated the year of 2019 to ingenious languages, encouraging their preservation and revitalization. Working towards the integration of those native languages in an urban, modernized environment will promote sustainable development and intercultural cooperation.

You may also like:  6 facts about the Chinese language you've always wondered about

Preserving indigenous languages can be the solution for putting an end to the discrimination of indigenous people and strengthening the link between culture, language, and identity. As a society, we need to make Indigenous languages a part of our everyday lives and culture and promote them on a larger scale. The rights of indigenous people to their own language, land, and traditions need to be prioritized and given more validity. While some indigenous languages may not be as commonly used as the more widespread English, French or Chinese, it is important to preserve them for our understanding of different cultures and their way of life. Governments should take responsibility and invest resources in the revitalization of dying languages, to prevent any further damage to indigenous peoples’ communities. The International Day of the World’s Indigenous Peoples is to remind us that we should not be apathetic towards the disappearance of ancient languages. On the contrary, we need to approach this issue just as we would the destruction of a tangible culture – after all, language and culture are intrinsically linked and we cannot expect for the one to continue existing long after the death of the other.