“Again we travel to the land of the rising sun.”

Have you ever heard of the term “kintsugi”? Even Japanese beginners can easily dissect the word – “kin” meaning gold and “tsugi” literally translated to repair. Kintsugi (or also known as kintsukoroi) is the art of repairing broken objects, mainly ceramics, with liquid gold or lacquer dusted with powdered gold. This beautiful traditional Japanese art style brings together the pieces of a broken pottery item and at the same time enhances the breaks. The technique consists of joining fragments and giving them a new, more refined aspect.

In Japanese culture, the golden color is very popular. Gold is used extensively in decoration and symbolizes wealth and prestige. It is also used in tools and weapons and represents precision, masculinity and high tech strength. But has this technique occurred only due to the lack of further application of gold? Of course not!

Kintsugi art dates back to the late 15th century. According to the legend, the craft commenced when Japanese shogun Ashikaga Yoshimasa broke his favorite chawan (a tea bowl). He sent the piece of pottery back to China to undergo repairs. Upon its return, to Yoshimasa’s horror, it was noticed that the piece had been mended with unsightly metal staples. This prompted contemporary Japanese craftsmen to look for a more aesthetic and pleasing to the eye means of repair. Myths have it that collectors became so enamored with the new art that some were accused of deliberately smashing valuable pottery so it could be repaired with the golden seams of kintsugi.

You may also like:  Why do Koreans and Japanese understand each other?

But then again, was this technique so easily absorbed in Japanese tradition just because of the high value of gold? Was it only a way to demonstrate wealth? 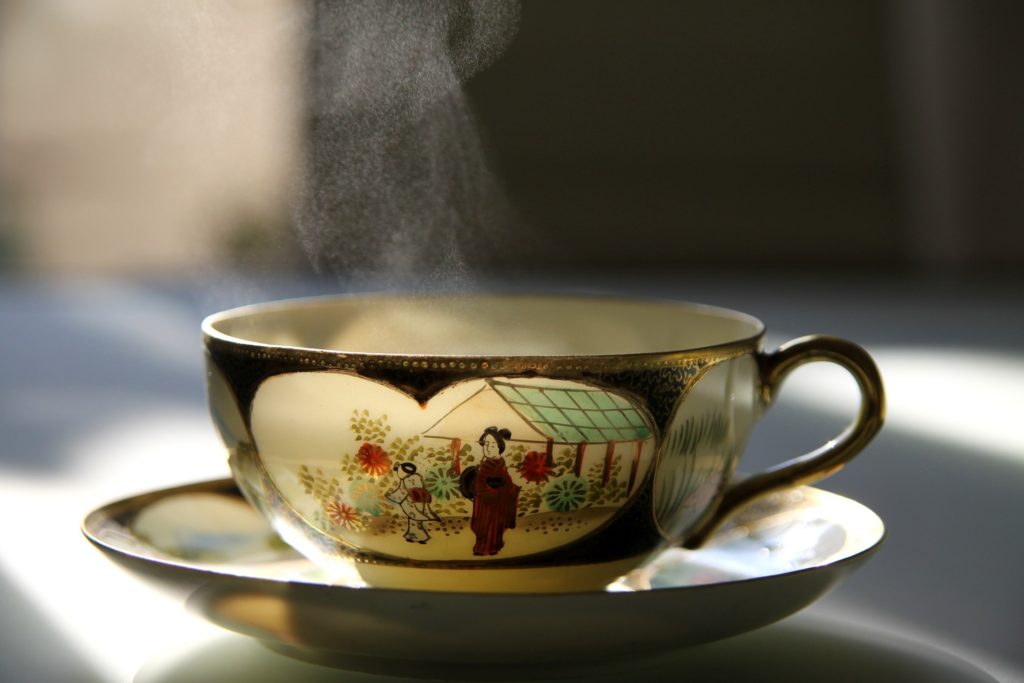 Since its conception, Kintsugi has been heavily influenced by prevalent philosophical ideas. As a philosophy, the practice is very similar to the Japanese philosophy of wabi-sabi. In traditional Japanese aesthetics, wabi-sabi is a world view centered on the acceptance of imperfection. The aesthetic is sometimes described as one of beauty that is “imperfect, impermanent, and incomplete. Its characteristics include asymmetry, roughness, simplicity, economy, austerity, modesty, intimacy, and appreciation of the ingenuous integrity of natural objects and processes. In a way, kintsugi is the physical expression of the ideas of the wabi-sabi practice. Thinking about it, by repairing broken ceramics it’s possible to give them a new lease of life that becomes even more refined thanks to its “scars”.

This unique repair method is also believed to be related to the Japanese feeling of mottainai, which expresses regret when something is wasted, as well as mushin, the acceptance of change.

There are 3 predominant styles of Kintsugi: crack, piece method, and joint-call. While, in each case, gold-dusted epoxy is used to fix the broken pottery, the methods themselves vary. Objects mended using the crack approach are touched up with minimal lacquer, while works restored with the piece method feature replacement fragments made entirely of epoxy. Finally, pieces fixed using the joint-call technique employ similarly-shaped pieces from other broken wares, combining 2 aesthetically different works into 1 uniquely unified product. Every repaired piece becomes unique, because of the randomness with which ceramics shatters and the irregular patterns formed that are enhanced with the use of metals.

You may also like:  The marathon craze in Asia – combining healthy with fun

The art of kintsugi lives in modern times, too. A lot of artist nowadays derive ideas or find the meaning of what they are creating in this philosophical form of art. For example, the concept of kintsugi inspired Tim Baker of the Canadian band “Hey Rosetta!” in the making of their 2014 album. The lead single, “Kintsukuroi”, takes its name directly from the art-form and the cover art of the record features a bowl repaired in the kintsugi method.

Another example is one of the episodes of the TV series “The Man in the High Castle” that was named “Kintsugi”.

The kintsugi method is yet another aspect of Japanese culture heavy with very important but not any less beautiful messages. It suggests that we shouldn’t throw away broken objects. When an object breaks, it doesn’t mean that there is no more use to it. Its flaws can become valuable. This is essential to the way people should deal with problems and trauma. Each of us should look for a way to cope in a positive way, learn from the negative experiences, take the best of them and come to realize that exactly these experiences help us grow and form our present and future.