Let us start by answering the question “What is a philologist?” Philology was born and brought to us by the era of the Renaissance. Initially, its functions were to translate and interpret Biblical texts and books, but later on, people became more interested in how and why languages develop the way they do.

Some people interpret the work of philologists with studying ancient languages and to be quite honest, there is a link between the two as philologists actually study the origin, development, and structure of a language. The word “philology” in Greek means “love for learning and literature”, so it is natural for philologists to be people with a deep understanding of the language they’re observing.

Advantages of being a native-speaker

As expected, there are a lot of differences between the ways native speakers and philologists use a language. A native speaker is a user of a particular language who has spoken that language since the earliest childhood. Because they grow and develop in such an environment, their mother tongue often becomes part of their identity. They don’t have to spend time going through phrases and words to understand their meaning or usage – they just feel it.

Native speakers are often referred to people who picked up the same language later in their life, as they have an understanding of the nuances of a language and are better in receiving information by interaction. These people have great success in fields such as counseling, healthcare, and primary and elementary education. However, is picking a native as an employee when choosing between native-speakers and philologists always the best idea?

You may also like:  Trends On Languages Asian Translations Summary Till July.2018 – Part 1

“I’m not sure. Just remember it” is an answer to the many of the questions I’ve asked regarding the new languages I have mastered. The main and most important difference between native-speakers and philologists is that the latter can actually explain the “hows” and “whys” about the tricky parts of a language.

Yes, native-speakers take in the language they use and make it a part of themselves, which is awesome because it makes their communication natural and light but philologists look at languages from a different perspective. If you need somebody that understands and knows the politics and history behind a language rather than the slang or the popular use of it, then the philologist is your person. Those experts are also much more effective when translating or interpreting old texts or even when teaching the language to foreigners. 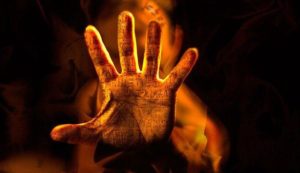 You probably know that one parent takes pride in paying for their child to study a new language with the guidance of a native speaker. This is a great method if the person already has a stable base of knowledge. It is a way for students to get used to the pronunciation and the flow of speech of the new language. However, when a person is still in the beginning, they need a professional who can answer all of their questions and explain the whole mechanism of a language.

Having such important facts in mind, it is impossible to say if one of the choices we have is better than the other. Both types of speakers have their pros and cons. At 1-StopAsia, we cultivate our resources through thorough recruitment, intense training, and development. This enables us to secure a team of both native speakers and philologists who have been in the industry over the years. On top of that, we have an experienced team of Project Managers to put the right man on the right job so you can rest assured.