We all know that Manga is one of Japan’s most popular genres, which is famous all over the world. An interesting Japanese occurrence that has its fans everywhere along with lots of followers and creators in other countries. What I am going to talk about in this article are not the genre specifics or some curious facts about it. There is an uncommon way of utilizing manga and that is to use it as an educational tool.

Japanese is probably one of the hardest languages to master due to its intricate writing system, many nuances in speech, tone and many others. We have described them in various articles in our Blog before.
For those who aim to work in Japan, knowledge of Japanese at the basic level is a must. According to statistics, only 35% of people who take the test for N4 level pass it successfully (N4 is the level that gives a basic understanding and communicating in Japanese, according to Japanese-Languages Proficiency Test). That is why a solution had to be found. 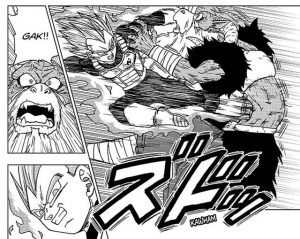 In Indonesia an unconventional solution was adopted – manga was included in the education system of the Indonesia University of Education in Sumedang. Consequently, students are learning how to write Kanji through sketching characters from manga, learn alongside it from the very manga, how to write the kanji.
When you think about it – it is much more interesting to catch the attention of students with something that they like and read on a regular basis, than with just pure language training. Even though classes are held whenever there is a teacher available from Japan, we think this is a simple yet creative way of implementing a new method of teaching a language.

The great thing is that the government is supporting the idea and lobbied to procure copyrights from organizations that hold them.

We have always been fascinated by innovation and original solutions. Out of experience, we are aware of the difficulties the Japanese language holds for those who want to learn. Additionally, we are aware of how beautiful and truly authentic it is. That is the main reason we like the idea of manga being part of an educational system – an innovation with the possibility to grow and be adopted by other countries too. Well done, Indonesia!

Desi Tzoneva
Est. reading time: 4 min 30 sec
We use cookies to ensure that we give you the best experience on our website. If you continue to use this site we will assume that you are happy with it.OkPrivacy policy