While in the western world, asking someone about their age might be considered taboo (especially women) — if you travel to Korea, you’ll notice that the first thing someone will ask you is your age. It’s yet another fundamental cultural difference between the two worlds, the East and the West. Because of that, we’ve decided to take a trip through the way different Asian countries measure and acknowledge people’s age.

The method originated from China and it’s quite different from the method that’s used in the West. In this method, people are born at the age of one, and on the day of the Chinese New Year, one year is added to their age. So people’s age changes at the beginning of the Lunar year, instead of on the anniversary of their birthday.

What I mean is that you might be a year or two older in the Asian system, compared to how old you are according to the common internationally adopted age system.

Korea and the question about age 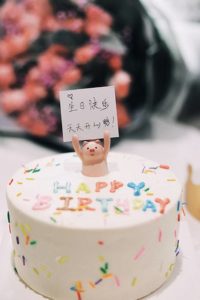 As mentioned in the beginning, it’s normal for Koreans to ask you about your age. That stems from the fact that the Korean language has a few different levels of politeness, the reason people ask you to tell them your age is so they can address you properly.

What you’ll notice is that the number they state is different from your actual age. This is because of the East Asian way of determining age, which we’ve described above. It may sound complicated, but we’ve got a formula that you can use in order to calculate it.

The formula you should use is:

You may also like:  The importance of using different linguists in Translation, Editing, Proofreading (TEP)

Back to China and how they do things

In Chinese, there are three words for age:

One thing you should know about Chinese birthdays is that in addition to a birthday cake, it’s common to have a bowl of noodles prepared in a special way with eggs, wheat flour and soda water. According to tradition, the noodles will bring you a long life, but if you bite off part of them you might cut your life short. So be careful to slurp the noodles without biting them.

The traditional system for age called kazoedoshi (数え年, lit. “counted years”), which increased the age of a person on New Year’s Day, was changed into the modern one by a law introduced in 1902. The modern system is called man nenrei (満年齢) in Japanese, but the traditional system was used until 1950 when additional legal actions were adopted in order to transition people to the modern system faster.

Now that we’ve gone over the different perceptions of age in Asia and how they count their years, next time you’re in one of those countries, know that they are actually 1 or 2 years younger than their western age. Don’t be tricked by their Asian age system or their young-looking faces!

You may also like:  Exquisite or downright scary? Asia’s most peculiar dishes.

Desi Tzoneva
Est. reading time: 5 min 45 sec
We use cookies on our website to give you the most relevant experience by remembering your preferences and repeat visits. By clicking “Accept”, you consent to the use of ALL the cookies.
Privacy PolicyCookie settingsACCEPT
Manage consent