As a businessperson doing business in Asia, you might be familiar with common Asian business etiquette. But are you aware of the cultural do’s and don’ts which might be considered offensive? Spending time with Asian clients usually means that you hang out with them outside working hours, too, and there are some offensive manners that you should know and avoid. Let’s take a look at some of them.

It’s a well-known expression that the eyes are the windows to the soul, and while in Western culture, strong eye contact might be considered a sign of confidence, in Asia, this can be seen as aggressive behavior, which should be avoided. Therefore, keep level eye contact, but make sure you don’t stare or keep the other person’s gaze for prolonged periods of time.

In many Asian countries, the head is considered to be one of the most sacred parts of the body, especially in cultures which follow Buddhism. Therefore, touching anyone on the head can be considered rude and offensive, and this act should be refrained from.

On the other hand, feet are considered to be the most unclean parts of the body. As such, you should avoid pointing at someone with your feet, pointing your feet at a person, or crossing your feet altogether. In Asia, it’s often common practice to sit on the floor for a meal and in this case, you should consider crossing your legs (yoga style) or tucking them neatly behind you so that your feet don’t face anyone.

Pointing with your hands and fingers is another aspect of Asian culture that’s considered offensive. In addition, you should remember that if you’d like to call someone over with your hand, you should do this with your fingers and palms pointing downwards. The opposite and Western tradition of pointing or calling someone with the palm up in Asia is considered that akin to calling a dog. It is therefore a good idea to avoid this gesture altogether. In addition, some Asian cultures eat with their hands. But the right hand is usually reserved for food. Therefore, never use your left hand when eating.

You may also like:  WeChat meets Red Envelopes: Lunar New Year in China

In the West, many friends and acquaintances give small kisses on cheeks as well as hug or pat the other’s back in a greeting. However, Asian culture avoids any form of touching, especially between the opposite sexes.

Since food is such a huge part of the culture of Asia, you need to know some do’s and don’ts as well. When it comes to eating with chopsticks, and this will often be the case, you should remember to never stick them into your rice bowl sticking up. In China, this is reminiscent of incense sticks at a funeral and is considered offensive. Meanwhile in Korea, avoid placing your chopsticks on your bowl when you’ve finished eating or crossing your chopsticks, but rather place them on the table once you’re done. It’s also a gesture of politeness if you receive food on your plate from someone else and offer food to others around you. Avoid asking someone to pass you food, and in some countries like China, it’s polite to indicate you’ve enjoyed your meal by leaving some food on your plate. In Japan and Korea, it’s considered a compliment to the chef if you engage in some gentle slurping.

Drinking is an important part of Korean culture. In fact, if you can’t or don’t join in after work drinks, you are unlikely to be considered a part of the team. It’s also important to remember that when you drink, the oldest person at the table should drink first while the others will follow. If you’re younger than your host, never drink or eat before them. This is a major cultural tradition that is upheld by most Koreans.

You may also like:  Is the culture behind anime translatable?

When visiting temples, always take off your shoes outside and wear slippers or indoor shoes while there. Heads should be covered and so should tattoos, shoulders and other visible body parts such as knees to avoid offending. It goes without saying that if you’re wearing shorts and mini skirts or strappy tops, you will usually not be permitted to enter this holy establishment.

Respect for elders is a common feature among many Asian countries including China, Korea, the Philippines, Indonesia, Malaysia, and others. This is why when doing business with someone older than you, you need to show them the right levels of reverence and respect. Always address someone older by their specific title followed by their surname, especially in Korea, where they have names and titles from siblings to older siblings, extended family, and ultimately titles in the business sphere. 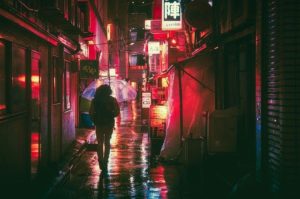 In Japan, it is considered that the work which a waiter or chef does is a part of their duties and that these employees try to do their very best to make you feel at home while visiting their restaurant. While a tip in the West can go a long way to getting good customer service, in Asian culture this is not the case. In fact, a Japanese waiter might feel offended if you offer them a tip for performing their ordinary duties.

Another major element to remember when traveling to Asia is to bring your business cards along with you. These are exchanged whenever you meet a new person, and in Japan, it’s considered polite to take the business card in both hands and to read the insignia on it carefully. Make sure you take in all the information that appears on the card including the person’s name and title, as titles are important. It is not considered rude to check and double-check how to pronounce the person’s name, while placing it in your pocket or wallet will be considered rude. Also avoid writing anything on a person’s business card.

You may also like:  Japan and Korea – the different aspects of Children’s day

The concept of saving face

When it comes to business etiquette, you should also remember to maintain friendly and cordial relationships with your colleagues. However, avoid putting them on the spot, asking them difficult personal questions or questions which refer to politics or religion. Never embarrass them in front of their peers, as although they might not say anything to you about how you made them feel, you will likely lose a potential client easily this way.

In Asia, developing relationships is an important part of doing business and it is common for friendships to be formed first before you get down to talking business. Whether at a restaurant or in an office, always be courteous and polite to your hosts. Accept their business cards with grace, and accept any drinks they offer you, even if you’re not thirsty. Avoid touching anyone unless it’s a handshake (and you might avoid this with female counterparts). With these tips in mind, you’re likely to make lasting friendships and forge strong business relationships going forward without any embarrassing or uncomfortable situations.

Nikol Haytova
Est. reading time: 2 min 30 sec
We use cookies on our website to give you the most relevant experience by remembering your preferences and repeat visits. By clicking “Accept”, you consent to the use of ALL the cookies.
Privacy PolicyCookie settingsACCEPT
Manage consent