We mention quite often the usage of English “dialects” such as Chinglish, Japlish, etc. In this article, we are going to take a look at the phenomena of discourse particles in Malaysian English and Singaporean English (or as the natives call them – Manglish and Singlish).

What is a discourse particle?

A discourse particle or marker is a word or phrase that aids in directing the flow of a conversation. Discourse markers usually don’t change the meaning of what is said in the sentence, but they help in putting more feeling into what one is expressing.
Every language has such particles and they are often used without the speakers even noticing. There are no grammatical rules and they are syntax-independent, which makes them very hard to understand for people who are new to a language. If you still haven’t thought of discourse particles, we have some examples of such in English: I mean, you know, well, oh. Those are all phrases we use in our daily conversations without even noticing! 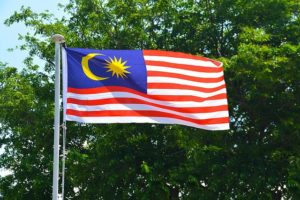 A great number of Malaysians, especially those living in the bigger cities, speak the standardized form of English; however, they often speak in Malaysian English when they are interacting in an informal environment. This form of interaction helps with expressing attitude and building the idea of one’s identity in the “local” way.
Locals explain that when foreigners interact with Malaysians or Singaporeans, they are baffled with the usage of discourse particles in their English. Such discourse particles in Malaysian English are “lah”, “leh”, “lor”, “hor” and many others. Most of those phrases are adopted from the official and national language of Malaysia – the Malay language. Some natives use them to proudly demonstrate their origins, while others merely use them to shorten their speech without changing the conveyed meaning. Whatever the reason behind the usage of those, one thing is for sure – if you plan on spending time in Malaysia, you will have to get used to it, lah!

You may also like:  Proper punctuation when doing DTP in Japanese

It is very hard to explain the meaning behind those particles or how they are used as it is something one has to experience on their own. However, we have prepared some examples that might help in seeing the bigger picture.

In this case of Malaysian English, the particle “lah” is used to express certainty and finality to the sentence.

“Leh” is a particle bearing almost the same meaning as “lah” but it is less certain. It might sometimes be used to express a feeling of doubt.

As expected there are a lot of other particles giving a unique style to Malaysian English but it is too much and too incomprehensive to explain in a single article. Noticing and discussing such small details about languages is a humble reminder that languages are a living and organic thing that constantly changes and grows. Our native and experienced linguists are specially trained to be meticulous at these details. They take into consideration the source language’s all-rounded context along with the audience of the target language in order to deliver the translation work that embraces both culturally and linguistically correct and most suitable for your business.