Globalization in recent years has boosted the growing numbers of bilingual individuals. In our society it is nowadays normal for people to be fluent in two or more languages, and this has proven to be very profitable for a lot of companies. You might have noticed that the majority of employers strongly favor bilingualism and even require it of their employees. When hiring, naturally, managers expect and request to see a proof of the actual mastery of the languages you use. .

A language proficiency test should serve as an objective evaluation of how well a person can use a language to communicate in real life situations. These tests usually evaluate the individual`s listening, reading, speaking, and in some cases, writing skills. Tests typically have different levels of proficiency, ranging from basic to advanced, and they are a widespread instrument of assessing language proficiency.

But how do employers evaluate the skills of translators or interpreters? Basic language tests just do not cut it, as they are neither objective, nor effective. The problem lies in the fact that a single test cannot cover all the knowledge that a translator possesses (or does not possess). Nevertheless, a lot of hiring translating companies still require standardized tests. Below are some of the Asian language evaluation systems that you might need and the score you have to reach to be considered eligible for the position.

The Japanese-Language Proficiency Test (日本語能力試験, Nihongo Nōryoku Shiken), or JLPT, is a standardized test that evaluates the knowledge of the Japanese language for non-speakers. It has five levels, with N1 (Advanced) being the highest, and N5 (Basic) – the lowest.

You may also like:  AB-5 (Dynamex): “TRANSLATED” for the Translation Industry

The JLPT is used in many cases, but for a translator to be admitted to working with texts in Japanese, they will have to have scored the highest level. Having an N1 on JLPT means that the user is able to understand and use Japanese smoothly in various circumstances. 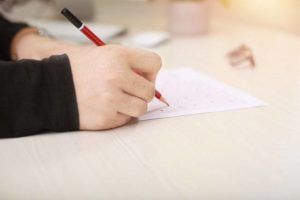 The Test of English for International Communication or TOEIC in short, is another standardized test that is specially designed for non-native speakers that work in an international environment. It evaluates knowledge based on four components – reading, writing, listening and speaking.

TOEIC is used in Japan, South Korea, Thailand and all of Europe. People are graded on a scale from 10 to 990, but a language expert would not typically recommend the TOEIC as the right choice to test the knowledge of a translator.

The TOPIK (Test of Proficiency in Korean) test is created to evaluate non-speakers` proficiency in Korean. It has the standard six levels from A1 to C2, where C2 is the highest, almost native proficiency. If you decide to use the TOPIK as a measurement of your interpreter`s skills in Korean, have in mind that they will have to have scored more than 230 points, which amounts to C2 level.

The Hanyu Shuiping Kaoshi (汉语水平考试; pinyin: Hànyǔ Shuǐpíng Kǎoshì), or HSK is a standardized test of Standard Chinese. It is the most popular Chinese proficiency test around the world, and it tests the reading, writing and listening skills of the non-native speaker. Additionally, the exam includes a list of characters and words that the speaker should have in their vocabulary.

You may also like:  6 tips on translating a book with an LSP

The HSK has six levels and it is recommended for your translators to have the HSK 6, which is the highest proficiency level of the exam.

Nowadays, almost all Asian languages have their own language proficiency tests to evaluate the knowledge of non-natives. However, we have said it before, and we would say it again – the knowledge of your translator ought not be measured by basic language proficiency tests. It is advised for language service providers to come up with their own systems of evaluation, which will add essential insight on the topics you’d like to have resources on.

Asian Languages and the Automotive Industry

Yana Dinchiyska
Est. reading time: 2 min 30 sec
We use cookies on our website to give you the most relevant experience by remembering your preferences and repeat visits. By clicking “Accept”, you consent to the use of ALL the cookies.
Privacy PolicyCookie settingsACCEPT
Manage consent