In English, punctuation might be taken for granted. After all, the comma that adds a natural pause in a sentence or the period that marks its end are things seemingly no one notices. It’s become a part of the language and even culture. Yet, it might be surprising that in Japan, there was no punctuation in Japanese up until the Ministry of Education introduced it in 1946. However, there was some development beforehand, after the Meiji era, where the modern-day period was introduced from China. Usage of this interesting and effective punctuation mark was sporadic and erratic.

But thanks to Emperor Meiji’s love for Western literature, the period and other forms of punctuation made their way into the language’s structure. This possibly little-known fact is the secret behind desktop publishing in Japanese as well as Japanese language translation. So what is Japanese punctuation all about? How can you identify what symbols mean what, and where it is important to get started? We take a look at these questions below.

When it comes to spacing, it’s important to remember that punctuation marks are portrayed as full-width characters. This results in the absence of a space between words and punctuation marks, except after question marks and exclamation marks. Also important to know about Japanese desktop publishing is that typography is usually wider than the typography in English, using some extra space called “full width”. What’s more is that there’s usually no space left between letters and also no space left after a Japanese word. In some cases, however, a space may be needed in order to avoid confusion. Finally, it’s important to keep in mind that Japanese text can be written either horizontally or vertically and that the punctuation adapts to the direction of the text.

Also known as 句点 (Kuten) or 丸 (Maru), this is the Japanese version of the period. It looks like this: “。” and is placed at the bottom right hand corner of a word. Furthermore, it’s usually placed at the end of a word but unlike English, its main function is to separate sentences instead of really finishing them. That means that not all sentences will require a period to indicate their end. In addition, if a sentence ends with a question mark, the Kuten or Maru will be omitted as well because the question mark acts as a separator.

The Japanese comma, or 読点 (Touten) is used similarly to English, but its use is much more liberal than its Western counterpart. It can be used almost anywhere in a sentence to create a break or a pause in it.

This mark, Giomnfu in Japanese, is a little tricky to use because in Japanese, there is a grammar-based marker called “ka” to indicate that an enquiry is being made. This makes the use of question marks redundant although it is often used in casual writing, where the grammatical rules tend to differ. 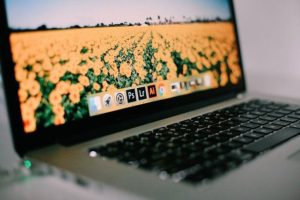 Kantanfu is the Japanese exclamation mark and it is used just as its Western counterpart – in order to show emotion, volume, or both. They are typically avoided in formal Japanese, although this is not the case in informal writing such as emails and texts.

You may also like:  The secrets of Thai language

Nami Dasshu (~) is mainly used for “from-to” sentence constructions which refer to ranges such as time or distances. In addition, it is used to draw out and change the pitch of a vowel sound, marking subtitles, or showing where something is from.

The Nakaguro “・” is mainly used to align things which have an equal status in a list of items, including the days of the week.

Japanese is similar to the West when it comes to expressing percentages (%), degrees Celsius (20 degrees C), decimals (3.14), currency ($100) and thousands (1,000), so keep this in mind going forward when you are dealing with a more technical translation that contains several numbers that need to be expressed accurately.

Despite its late entry into the formal language, at first sight, Japanese punctuation might seem daunting to say the least. This is why it’s crucial to be aware of the rules of Japanese punctuation when undertaking any translation task. While the list of punctuation marks mentioned above is not exhaustive, it should help those involved in it prepare themselves for proper desktop publishing in Japanese. The fewer errors made, the better your translation project will emerge, and it will be more accurate, too.

Burmese script and punctuation – everything you need to know

Desi Tzoneva
Est. reading time: 4 min 40 sec
We use cookies on our website to give you the most relevant experience by remembering your preferences and repeat visits. By clicking “Accept”, you consent to the use of ALL the cookies.
Privacy PolicyCookie settingsACCEPT
Manage consent