Many Tagalog speakers incorporate English into their everyday oral and written conversation. This blend of Tagalog and English is known as “Taglish” or “Englog”

One of the official languages of the Philippines is Filipino but in reality, it is a modernized and updated version of Tagalog. Both languages are similar and different at the same time and thus the difficulty in Tagalog translation. Facts that affect English to Tagalog and other languages translation:

The complexity of Tagalog translation 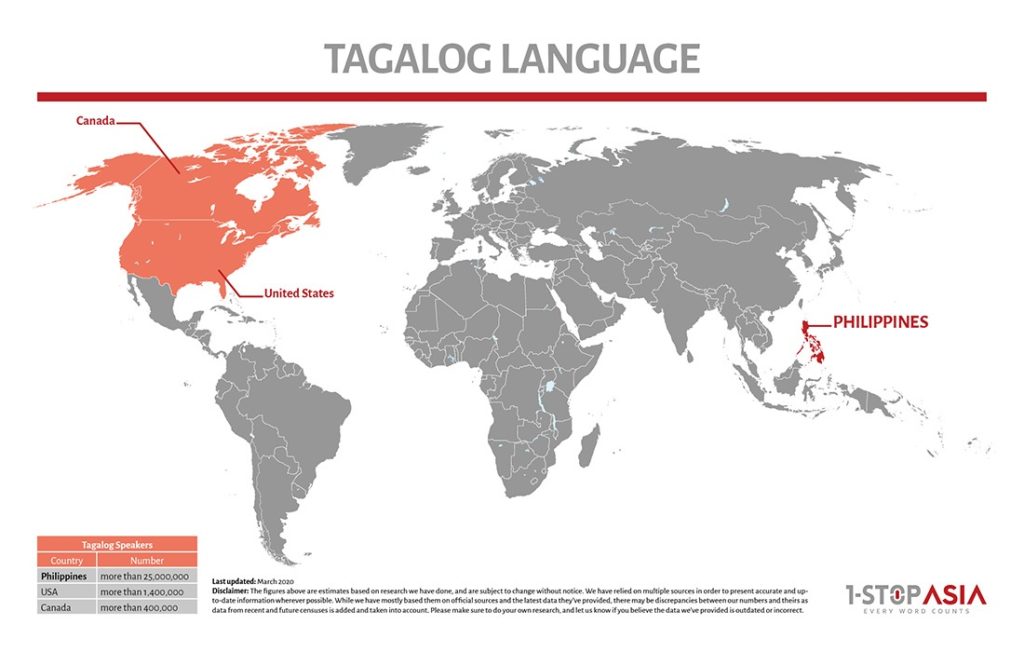 At 1-StopAsia we aim to have a pool of professional and native linguists which is available at any time for your requests in Tagalog translation. Along with that your dedicated Project Managers from our team are skilled at managing your projects to optimize the delivery process and save you the hassle. We have built-in a Quality Assurance process that monitors and reduces mistakes. This process is part of our aim to improve our quality all the time, so we can deliver a better service in the future.

Free Quote Our Offices
We use cookies on our website to give you the most relevant experience by remembering your preferences and repeat visits. By clicking “Accept”, you consent to the use of ALL the cookies.
Privacy PolicyCookie settingsREJECT ACCEPT
Manage consent