In Lao, words are not separated from each other by spaces. Commas are used for minor pauses in sentences, and major pauses are indicated by a period.

During the French occupation of Lao, the French added an “s” at the end of Lao (making it called ‘Laos’). This bore the meaning that there are many different groups of Lao people. After 1945, when they gained their independence, the country’s name changed back from Laos to its original one “Lao”.

Lao sometimes is referred to as Laotian (ລາວ Lao or ພາສາລາວ Lao language) which is the official language of Lao, as well as northeast of Thailand, where it is known as Isan.

Facts that affect Lao translation to English and other languages: 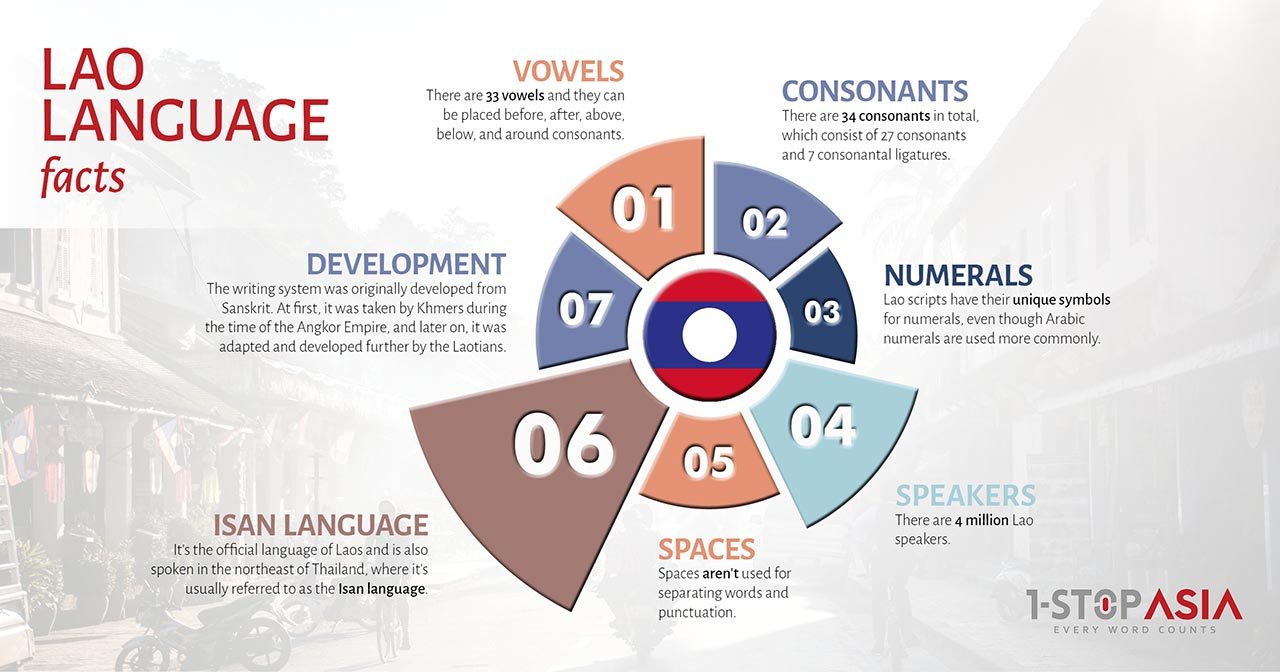 The complexity of Lao translation 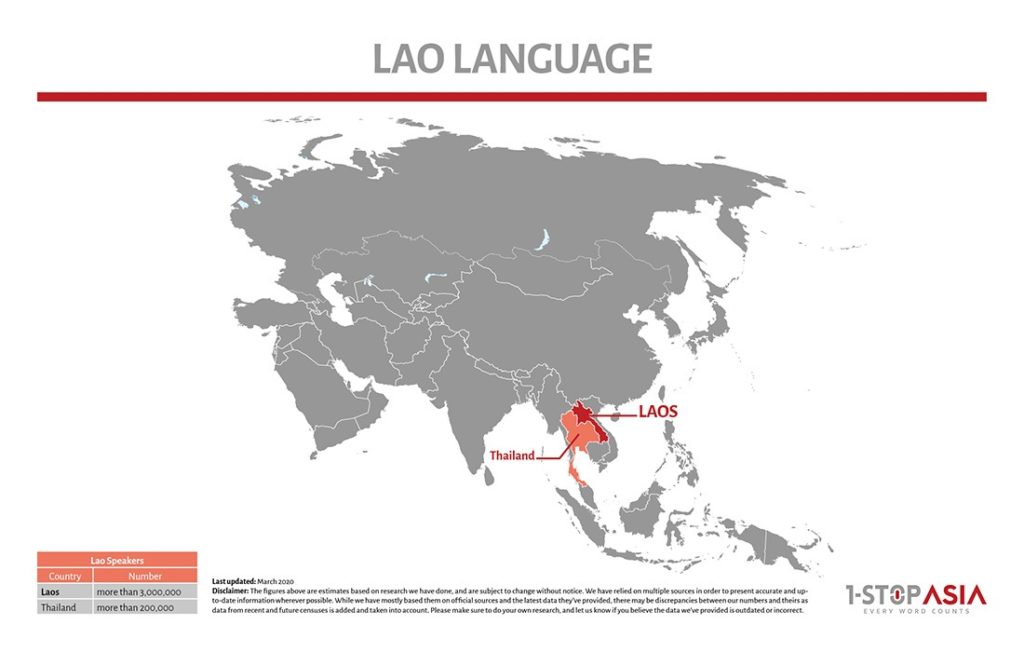 Even though Thai and Lao are very similar, the translators still need to pay extra attention to the differences in the two languages as there could be historical or political sensitivity that could cause misunderstanding or even conflict.

Relate that to the translation of western languages like English to Lao and there are even more cultural differences to consider.

At 1-StopAsia, we have managed to keep a close connection to reliable Lao translators, who will help you any time you have a request for Lao translation. Due to the specifics of the language, talk to our Project Managers in advance, before taking such a project. With their experience, they will guide you through the process and together you will minimize errors and make the delivery on time. As with other languages, we have incorporated an additional Quality Assurance team, which monitors the whole process and improves our process all the time. This well-structured process is aimed at enhancing our performance and delivering a satisfactory final result.