The Korean writing system called “Hangul” is created in the fifteenth century by a team of royal linguists, the system can make almost any sound with 24 alphabetic characters.

Korean, the national language of South and North Korea, is one of the world’s oldest living languages. It is very similar to Japanese in terms of grammar, and over 70% of its vocabulary is “borrowed” from Chinese. Korean has a very sophisticated honorific system, which can be challenging for translators and foreigners to master. Facts that affect Korean to English and to other languages translations: 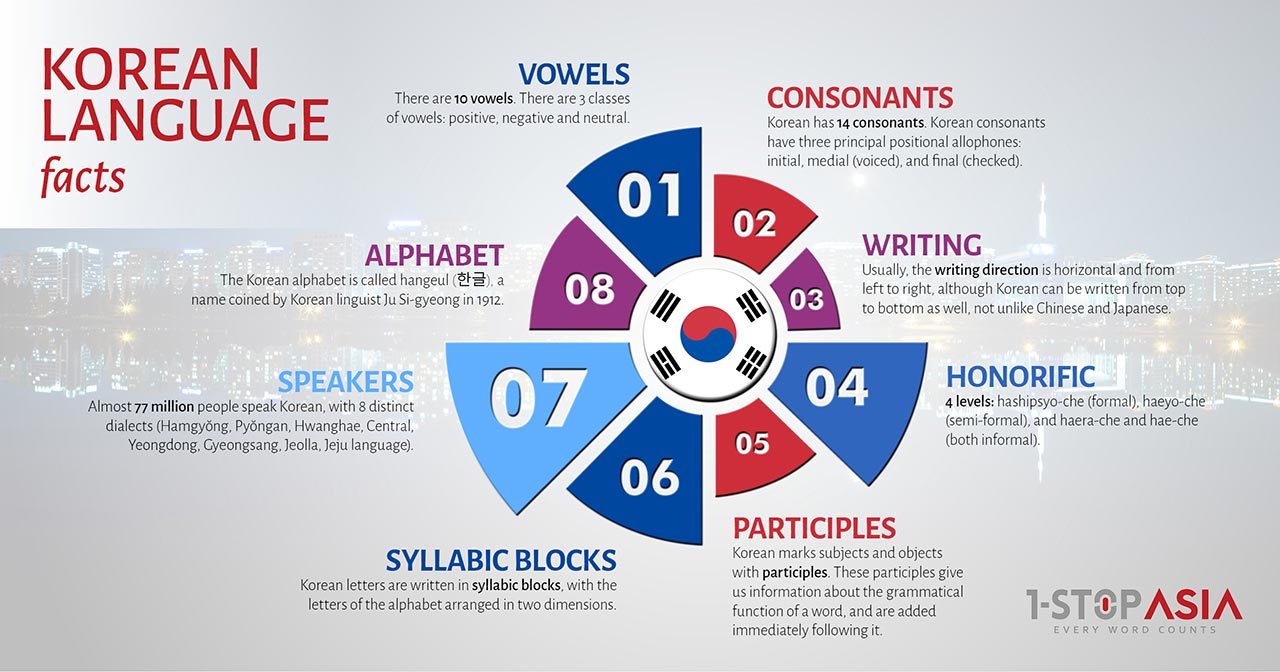 The complexity of Korean Translation 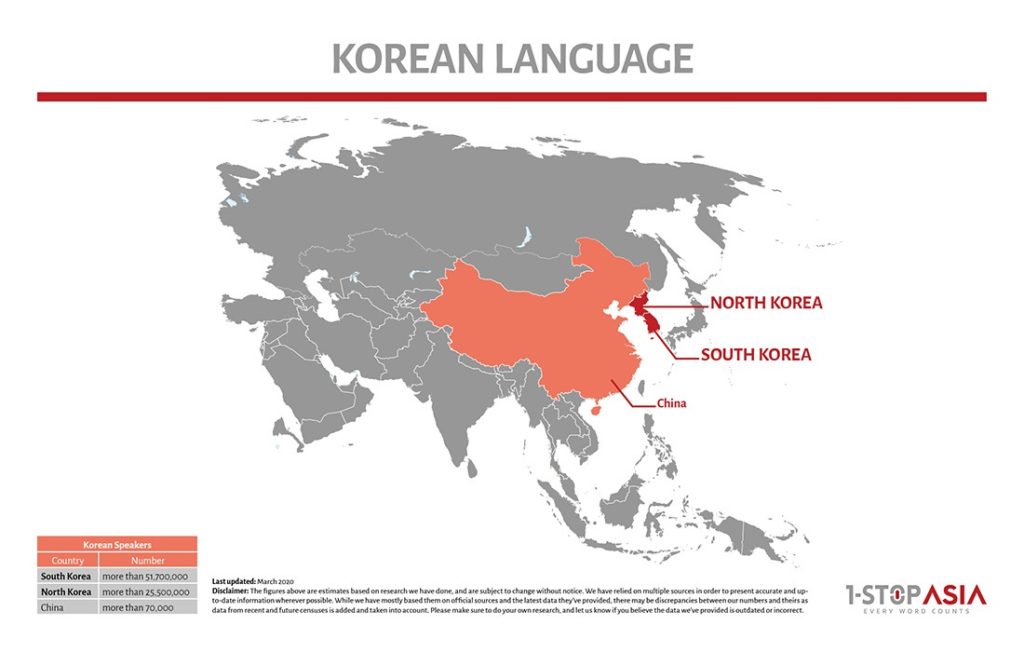 Korean spoken language is a challenge to many non-Korean speakers due to the honorifics and the different dialects.

Our Korean linguists grew up with the language and culture, and each member of our team of experienced translators has been mastering their craft and producing high-quality work for years. Translating Korean to English or any other language is a daily life for them. Their knowledge of the local culture makes the difference in their work, as having it ensures that the content is conveyed accurately and with as much cultural relevance as possible.

For over 2 decades in the industry, we’ve cultivated a team of Project Managers who have an in-depth understanding of the industry and most importantly, have access to a robust and agile project management system. They’re always there to handle your inquiries, save you time and deliver great quality translations within the allotted time for each assignment.

Free Quote Our Offices
We use cookies on our website to give you the most relevant experience by remembering your preferences and repeat visits. By clicking “Accept”, you consent to the use of ALL the cookies.
Privacy PolicyCookie settingsREJECT ACCEPT
Manage consent