The speaker must always pay attention to the hierarchical status of the person being spoken to. Pronouns and verbs change depending on a person’s status.

Khmer is the official language of Cambodia but it is also spoken in Vietnam and Thailand. There are about 16 million Khmer speakers in Cambodia and around 1.2 million speakers in Vietnam. In Thailand, a variety of Khmer known as Northern Khmer is spoken by some 1.4 million people. Even though the original roots of the language are from Pali and Sanskrit, later, Khmer was influenced by spoken and written Thai. During the 19th century, it was also influenced by the French language. Facts that affect Khmer translation to English and other languages: 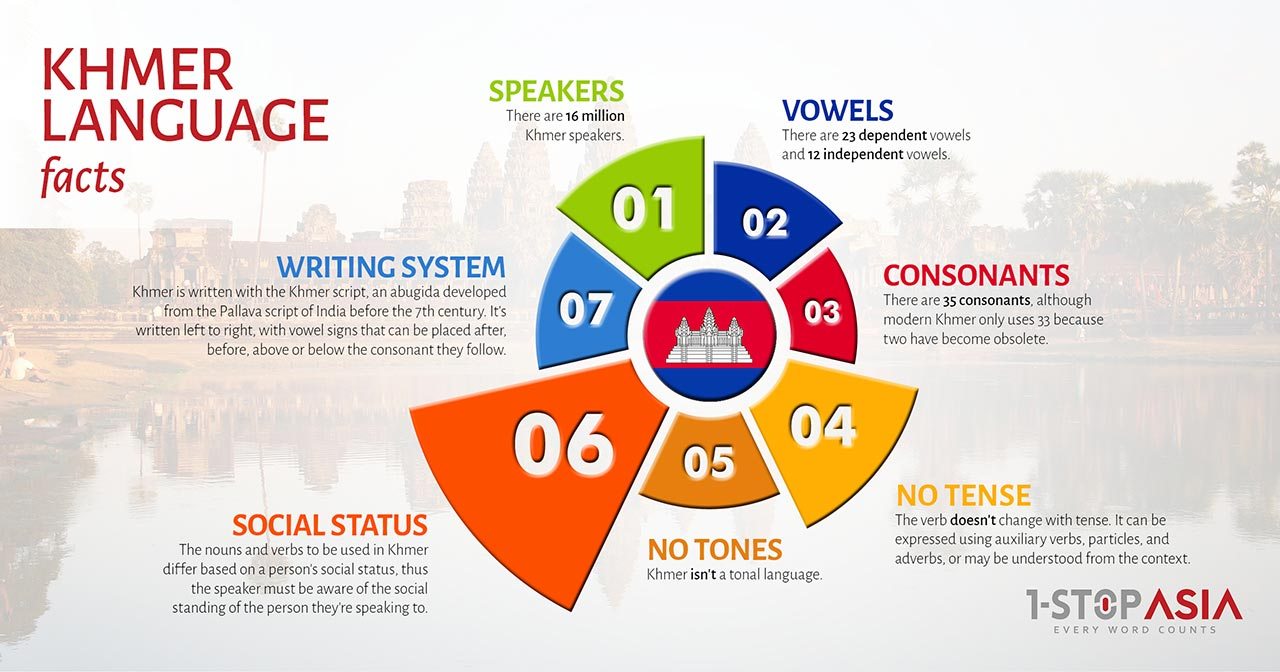 The complexity of Khmer translation 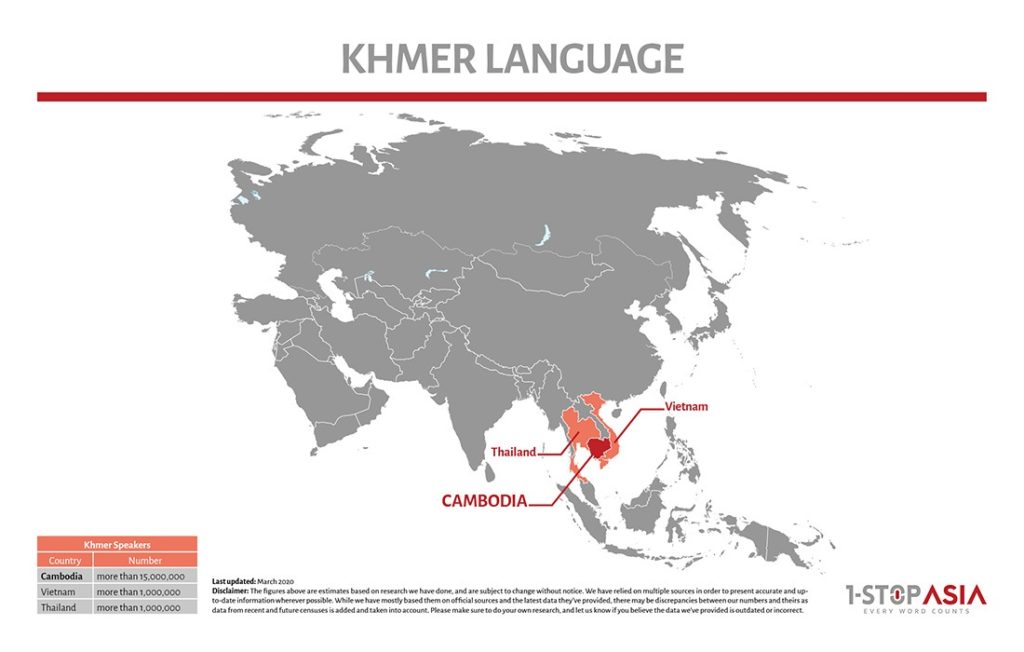 Moreover, Khmer is divided into three groups based on its historical evolvement ─ Old Khmer, Middle Khmer, and Modern Khmer. It is very important for a professional translator, for example, performing and English to Khmer translation to know the basic background for each specific evolution period of the language to avoid mistakes in the translations.

At 1-StopAsia, we have managed to keep a close connection to quality Khmer translators, which are available to help you any time you have a Khmer translation. Due to the specifics of the language, feel free to talk to our Project Managers in advance, before taking such a project. With their experience, they will guide you through the process and together you will minimize errors and make the delivery on time. As with other languages, we have incorporated an additional Quality Assurance team, which monitors the whole process and improves our process all the time. This well-structured process is aimed at enhancing our performance and delivering a satisfactory final result.