The common usage of “Chinese” usually refers to Mandarin, but other well-known dialects in North America include Cantonese, Minnan (Taiwanese), and Hakka.

1.5B
NUMBER OF CHINESE SPEAKERS

Chinese is by far the most widely spoken language in the world. In addition, it’s the fastest-growing language in the world, in both numbers of speakers and economic value. Over a billion people learn it as their first language. It is no wonder that Chinese translation is one of the most demanded services in the Asian languages segment.

As far as communication is concerned, people that speak it can understand each other without any problems if they’re using Mandarin (or dialects, such as Shanghainese and Taiwanese). But they can always detect different accents based on terms and phrases used, style of speaking, and handwriting quirks. Facts that affect Chinese to English and to other languages translations: 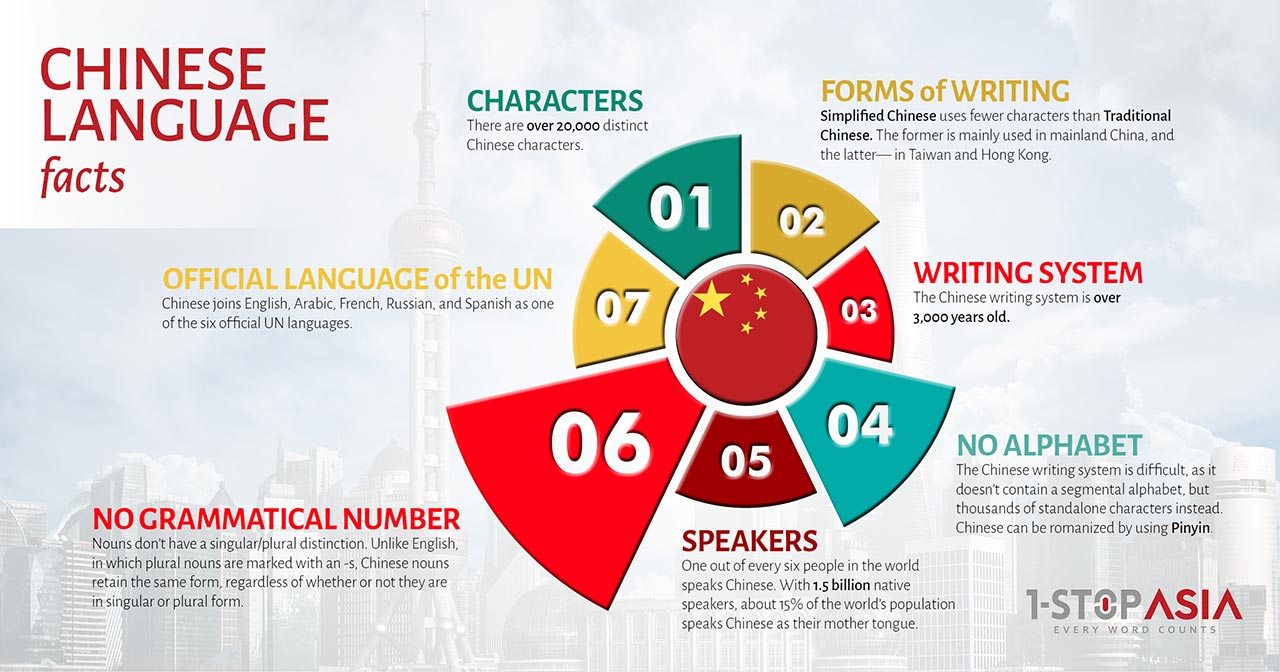 The complexity of Chinese translation 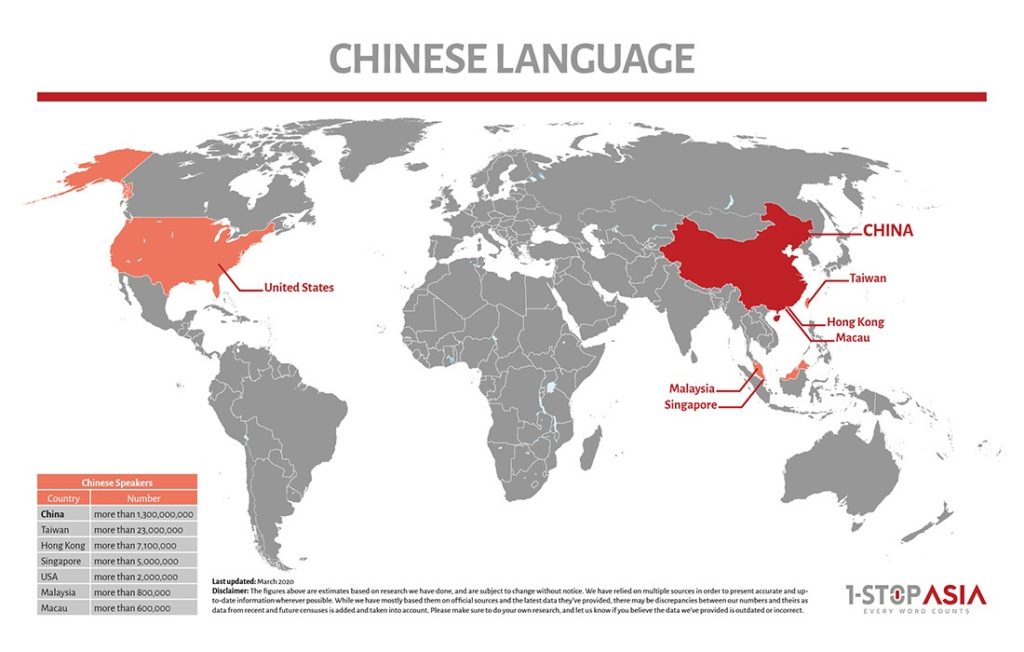 At 1-StopAsia, we help our clients identify their target market or audience and then fine-tune the language, writing system, style and tone of the exact type of Chinese they’re going to need. Our well-structured process ensures that your translation is translated and reviewed by a native Chinese translator with a specific subject-matter specialty, which helps us deliver a satisfactory final product.

For over 2 decades in the industry, we’ve cultivated a team of Project Managers who have an in-depth understanding of the industry and most importantly, have access to a flexible project management system. They’re always there to handle your inquiries for Chinese translations, save your efforts and deliver the translation you need within the allotted time for each assignment.