The rounded appearance of letters in the beautiful Burmese script comes from the use of palm leaves as the traditional writing material.

The Burmese language, the official language of Myanmar, is considered to be one of the branches in the group of the Sino-Tibetan languages. There are about 33 million people who spoke Burmese as their first language and another 10 million who speak it as a second language. Facts that affect English to Burmese and other languages translation: 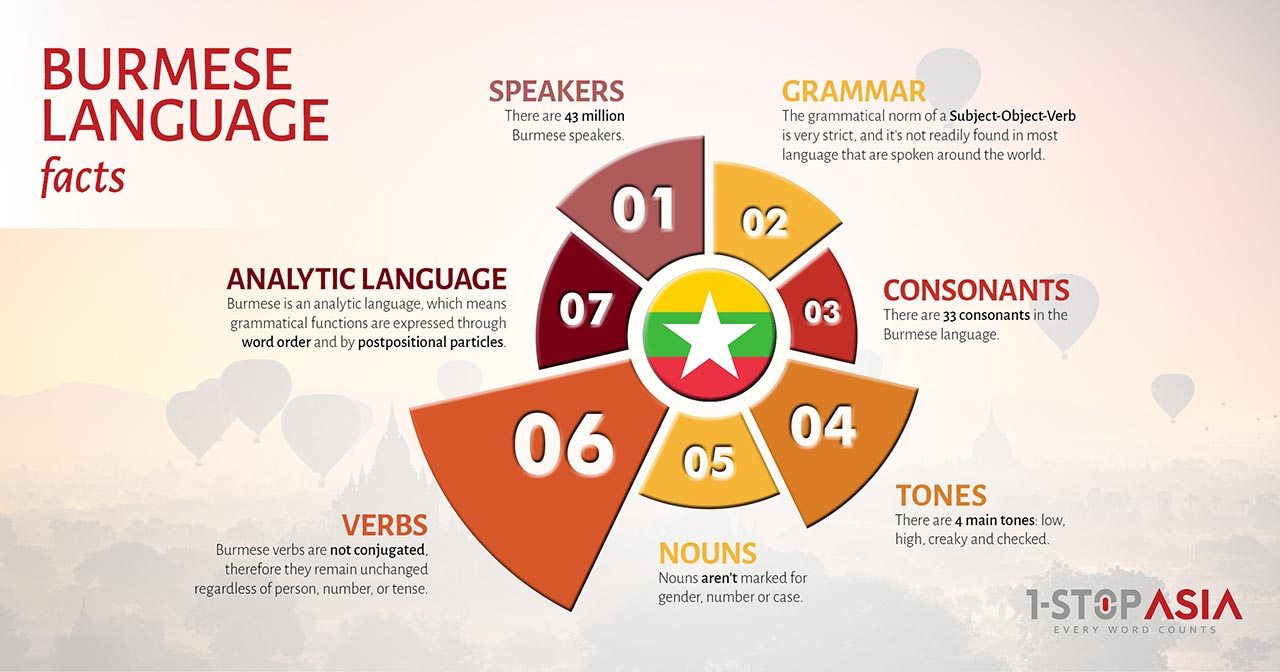 The complexity of Burmese translation 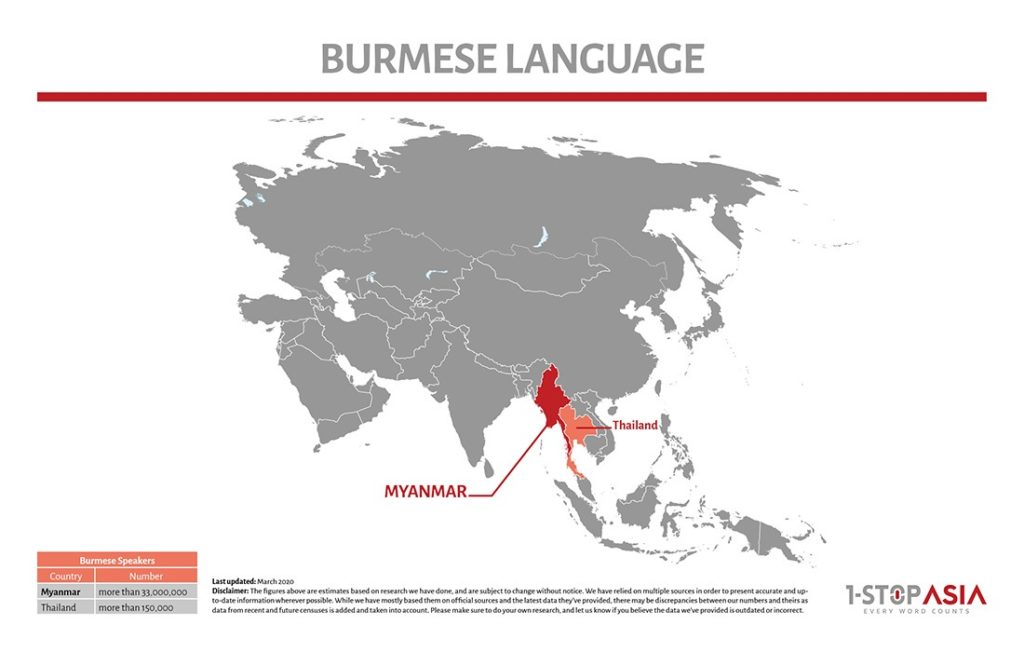 Like Thai or Lao, Burmese requires no spaces between words, though spaces after each clause are used today to enhance readability. Translation technology traditionally revolves around the concept of spaces between words and that is why 1-StopAsia’s engineers and linguists have to work creatively to reap the same benefit from technologies for terminology control and translation memory.

1. Native translators with local knowledge.
At 1-StopAsia, we have kept a close connection to quality Burmese translators, which are available to help you any time you have a Burmese translation. Our Project Managers will always be there to monitor your projects, minimize errors and make the delivery on time. As with other languages, we have incorporated an additional Quality Assurance team, which monitors the entire project and improves our process all the time. This well-structured work is aimed at enhancing our performance and delivering a satisfactory ultimate result.

2. 20 years of experience.
For over 2 decades working in the translation business, we’ve cultivated an in-depth understanding of the industry and most importantly we’ve built a flexible and efficient project management system. Our Project Managers are always there to handle your inquiries, save you time and deliver the translations within the allotted time for each assignment.